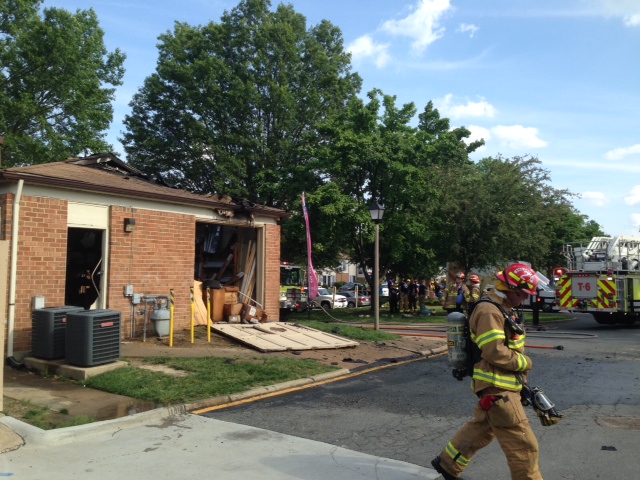 Fire crews were called to the 4620 block Sydclay Drive in Henrico County’s East End around 4:17 p.m.

That’s where firefighters spotted a brush fire that had spread into the apartment complex’s maintenance building.

As a result, a full alarm was called as crews discovered the fire had extended into the building’s attic and through the roof.

Firefighters fire under control quickly to prevent the spread to any of the surrounding apartment buildings. The fire was marked under control just before 4:50.

No one was working inside the building where the fire started.

The building suffered moderate damage, but no residents of the nearby apartments were displaced by the fire.

The fire is currently under investigation, but officials said it appears accidental.