Grieving father after rampage: ‘When will this insanity stop?’

(CNN) — Before Elliot Rodger took off on a shooting rampage Friday in a college community near Santa Barbara, California, officials say he stabbed and killed his roommates.

Those men — among the six people killed in total — were identified Sunday as Cheng Yuan Hong, 20, George Chen, 19, and Weihan Wang, 20.

All three were students at the University of California, Santa Barbara, and were found dead in Rodger’s apartment with multiple stab wounds, officials said.

Hong and Chen are listed on the lease along with Rodger. It was not immediately clear whether Wang was visiting or was another roommate.

A law enforcement source said the third victim in the apartment was a visitor, adding that authorities are working on a theory that the attack happened as the three men were asleep.

Katherine Cooper, 22, and Veronika Weiss, 19, also students at UCSB, were later killed outside a sorority, while Christopher Martinez, 20, was killed at a deli, officials said.

Rodger, the son of a Hollywood movie director, also injured 13 people and died of an apparent self-inflicted gunshot wound, according to police.

Martinez’s father gave a wrenching statement to the news media Saturday afternoon. He was “a really great kid” whose “death has left our family lost and broken,” Richard Martinez said.

“Our family has a message for every parent out there: You don’t think it will happen to your child until it does,” the visibly emotional parent said, his voice rising to a shout in obvious agony.

“Why did Chris die? Chris died because of craven, irresponsible politicians and the (National Rifle Association). They talk about gun rights — what about Chris’ right to live?” he continued. “When will this insanity stop? When will enough people say stop this madness, we don’t have to live like this? Too many have died. We should say to ourselves — not one more.”

The comment touched a nerve among many Americans, and it prompted the Brady Campaign to Prevent Gun Violence’s president to say the grieving father “got it exactly right.”

“It is time for the American public to know the truth about why people are dying every day and, thanks to Americans like Mr. Martinez, that truth is starting to be heard,” Dan Gross said in a statement Sunday.

Jeff Dolphin, Christopher Martinez’s former roommate, remembered how his friend had always been there for him, the Los Angeles Times reported.

A second-year student at UCSB, Dolphin recalled living with Martinez during their freshman year, the newspaper said.

“Chris was just an amazing guy,” he told the Times. “If I was going through something, he was always there for me. If I needed something, he was there. If I needed a textbook, if I was locked out of the room because I forgot my key, he would stop playing basketball or doing what he was doing to unlock the door so I didn’t have to get charged. He was just a great guy.”

Lyssa Hopper, a 19-year-old student, was at the counter of the I.V. Deli Mart, Hopper told the newspaper. When shooting began, Hopper dropped to the floor, looked up and saw Martinez lying near the door.

“He was slumped over, and he was bleeding,” Hopper told the newspaper.

Messages across social media urged that the victims’ names remain in the headlines to honor and remember them as more emerges about their alleged killer.

Flowers and cards are being left at the deli. One with a large red heart read, “We will miss you, Chris.” Bunches of flowers were wedged into holes left by bullets in the glass storefront. 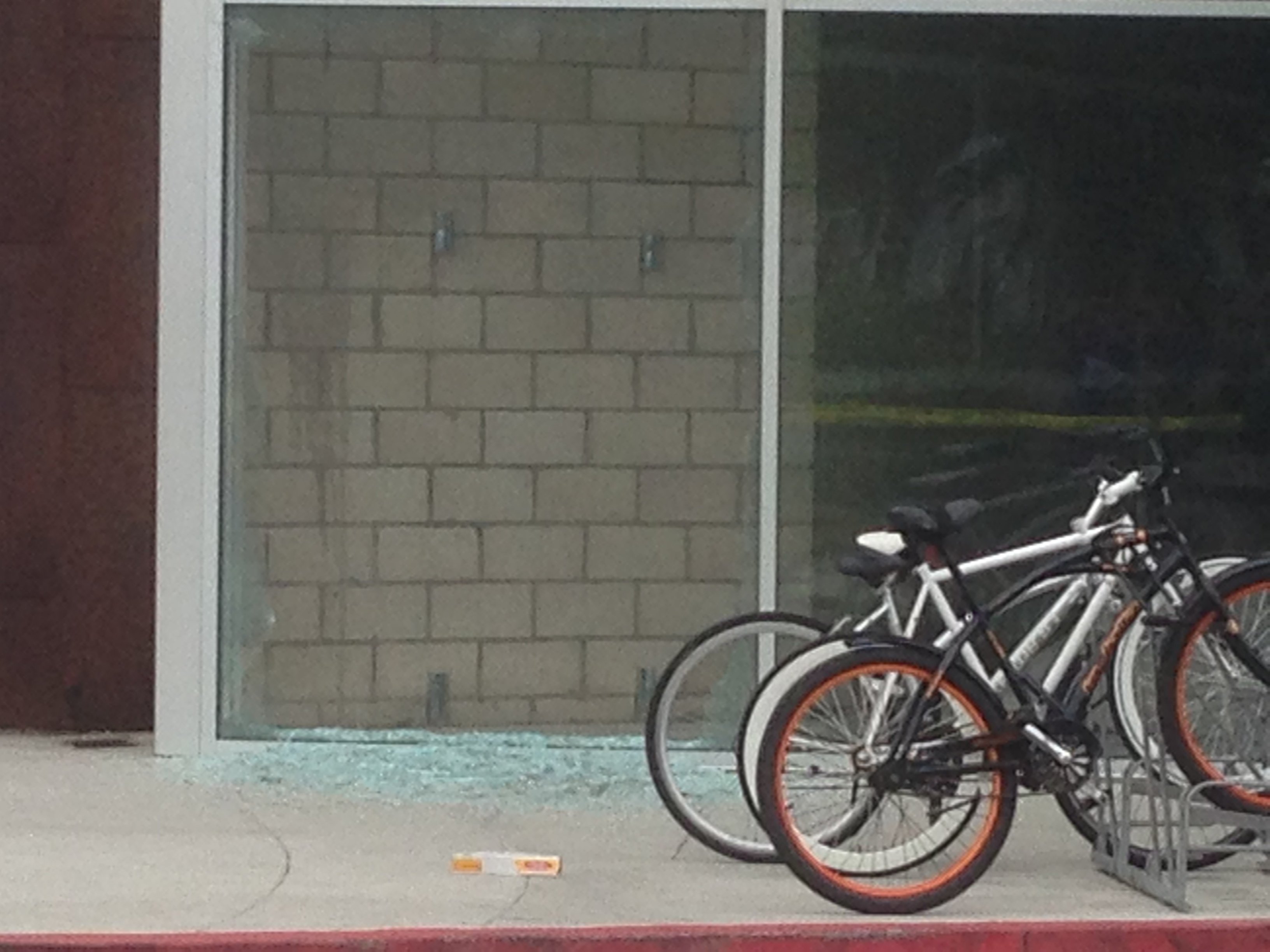 ‘What a tragic loss’

“Tri Delta is saddened by the tragic loss of two members at UCSB. Our thoughts are with their family, friends, and Gamma Theta Chapter,” it read.

Weiss’ Facebook page — with a banner promoting a sorority event — was filling with tributes Saturday evening.

“Rest in peace Veronika Weiss. Its not fair that life was taken from you in this manor. My thoughts are with your loved ones,” wrote one commenter.

“… You were ALWAYS smiling. And I thought you were beautiful. Where are you now?” wrote another.

“My condolences to the family… What a tragic loss… R.I.P.,” read a third.

Weiss was a graduate of Westlake High School in Thousand Oaks, California, according to her Facebook page. Weiss was a water polo athlete, according to USA Water Polo, which tweeted that the organization was mourning the loss of its former member.

Katie Cooper was with Weiss near the Alpha Phi house when the two were killed, reported CNN affiliate KTLA. Cooper studied art history and archaeology at UCSB, according to her Facebook, KTLA said. The 22-year-old graduated from Ruben S. Ayala High School in Chino Hills in 2010, the affiliate said.

In a YouTube video he posted titled “Retribution,” Rodger announced his intent to commit mass murder at a sorority house at UCSB.

“On the day of retribution I’m going to enter the hottest sorority house of UCSB,” he said. “I’ll take great pleasure in slaughtering all of you.”

Police said 13 people were injured in the melee — four by vehicle, eight by gunshot wound, and one with injuries of unknown origin. Authorities earlier said seven people were injured. Some of the injured were being treated in a hospital for gunshot wounds or traumatic injuries, including at least one who was in surgery, said Sheriff’s Office spokeswoman Kelly Hoover.

On Sunday, six patients remained at the Santa Barbara Cottage Hospital, spokeswoman Maria Zate told CNN. Three are in good condition; one is in fair condition and two are in serious condition, she said. One patient was released Saturday night.

“There was a guy driving a BMW. I was on a longboard (elongated skateboard) and he aimed his car at our group of friends and ginned it into us,” he said. “I have two broken legs and need surgery. The police said I flew roughly 50 feet into a busy intersection.”

Witness: ‘She was hysterical’

Skylar Serge witnessed one of the shootings from her house.

“I could see a woman on a bike get thrown,” she said. The woman was bleeding, she added.

“She was hysterical. She was not sure if it was blood running down her leg” or water from her water bottle.

The woman was cared for by an employee from a nearby convenience store who wrapped a belt around her thigh to stop the bleeding, said another witness, Farah Reiz.

The shootings occurred in a crowded area bustling with activity on Memorial Day weekend.

“These students are among the best in the country, and the loss of life is palpable,” University of California system President Janet Napolitano told CNN.

President Barack Obama and first lady Michelle Obama are sending prayers to the families and friends of the victims. A homeland security official briefed the President about the shooting on Saturday.

A posting about the rampage appeared on UC Santa Barbara’s website.

“We are horrified and deeply saddened,” it read, confirming that students had been taken to hospitals. The posting promised that the university would share more information as it became available and said that counselors are being made available.

The flag on the campus will fly at half-staff, it said, to honor those who lost their lives.