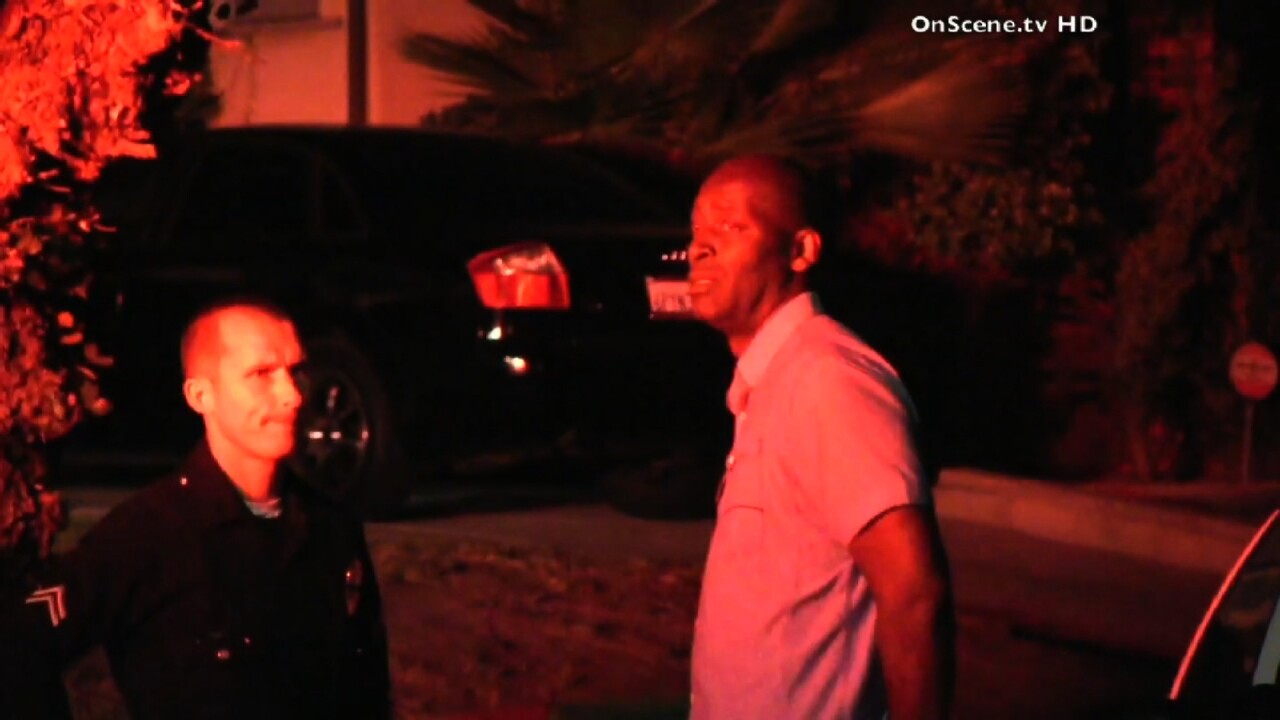 Embargo: Los Angeles, CA Michael Jace, who played a Los Angeles cop in TV’s “The Shield,” has been arrested in the fatal shooting of his wife, police said Tuesday, May 20, 2014.

LOS ANGELES (CNN) — Actor Michael Jace is expected to make his first appearance in a Los Angeles courtroom Thursday to face a homicide charge in the shooting death of his wife, the district attorney’s office said

Los Angeles police detectives will present their evidence against Jace, who played a Los Angeles cop in TV’s “The Shield.” He is expected to be formally charged during the hearing, according to Jane Robison, a spokeswoman for the district attorney.

Michael Jace, 51, called 911 to report that his wife had been shot, Det. Dean Vinluan said, adding that he “was on the phone with the operator.” Neighbors who heard gunshots also called 911, he said.

“At this moment, the motive of the murder is believed to be domestic violence,” a police statement this week said.

Investigators detained Jace at the couple’s Hyde Park-area home Monday night and booked the actor on a homicide charge early Tuesday, according to Doster.

Jace was booked into a Los Angeles jail with bail set at $1 million.

Two children were in the home when their mother was shot, Vinluan said. The children, whose ages he would not reveal, were taken to a police station and then handed over to a representative of California’s Department of Children and Family Services, he said.

Investigators have found no reports of domestic violence between the husband and wife at their south Los Angeles residence, LAPD Det. Iasparro said.

A woman described as a close friend of his first wife said in a sworn statement that she witnessed Jace physically abusing his wife in 1997. The declaration was in court records from Jace’s 2005 custody case concerning his son with Jennifer Bitterman.

Jace “choked and hit” his wife and “slammed her against the wall while (their infant son) screamed in his crib next to her,” Maria De Le Vegas said in the sworn declaration obtained by CNN.

Jace “was raging and out of control, and seeing the extent of his anger was one of the most terrifying things I have ever seen,” she said.

Jace appeared to be suffering severe financial strain in recent years, according to court documents obtained by CNN. The actor filed for Chapter 13 bankruptcy in March 2011, citing $500,000 in debts and an annual income of around $80,000 from residuals from his TV and film work, the documents said.

Jace had defaulted on the $411,000 mortgage on the south Los Angeles home where his wife died, according to the documents. His bankruptcy case is still active, according to his lawyer.

He married April Jace in June 2003, a year after divorcing his first wife, with whom he shared a son who is now a teen.

The FX police drama “The Shield” was the biggest and longest-running role in Jace’s 22-year acting career. He appeared in 89 episodes as Julien Lowe, who started as a rookie officer in an inner-city Los Angeles police precinct in 2002 and rose through the ranks to become a detective before the series ended in 2008, according to the Internet Movie Database.

He acted on several episodes of “Southland,” another TV drama about Los Angeles police, between 2009 and 2012.

He had the title role of Michael Jordan in the 1999 TV movie about the NBA star, “Michael Jordan: An American Hero.”

April Jace had worked for the past year as a financial aid counselor at Biola University, a private school in La Mirada, California, according to the school.

“We are obviously shocked and saddened by this terrible news, to lose a wonderful colleague, mother and friend,” Biola President Barry Corey said in a written statement.

“April’s radiant personality brought great energy to the financial aid office,” financial aid director Geoff Marsh said. “Her love for helping students and families and her great work ethic earned the respect and love of her coworkers. Her smiling face and helpful spirit will be missed by all.”

CNN’s Dottie Evans and Selin Darkalstanian contributed to this report.