RICHMOND, Va. (WTVR) -- A four and a half foot python rescued from Chimborazo Park on Mother's Day has been reunited with its owner.

Lieutenant Daniel Minton, who found the snake in the back of the park, packed it up in his car and took it home, said "Slick" was reunited with his owner on Wednesday afternoon.

Minton tweeted about meeting the owner, who says he is "touched to have his family together again."

The owner of "Slick" talking about how it got loose. He is very touched to have his family together again.#Pythons pic.twitter.com/iv5it8v3Lf

Minton collected after people in the area said they were concerned about the snake being so close to where their dogs play. 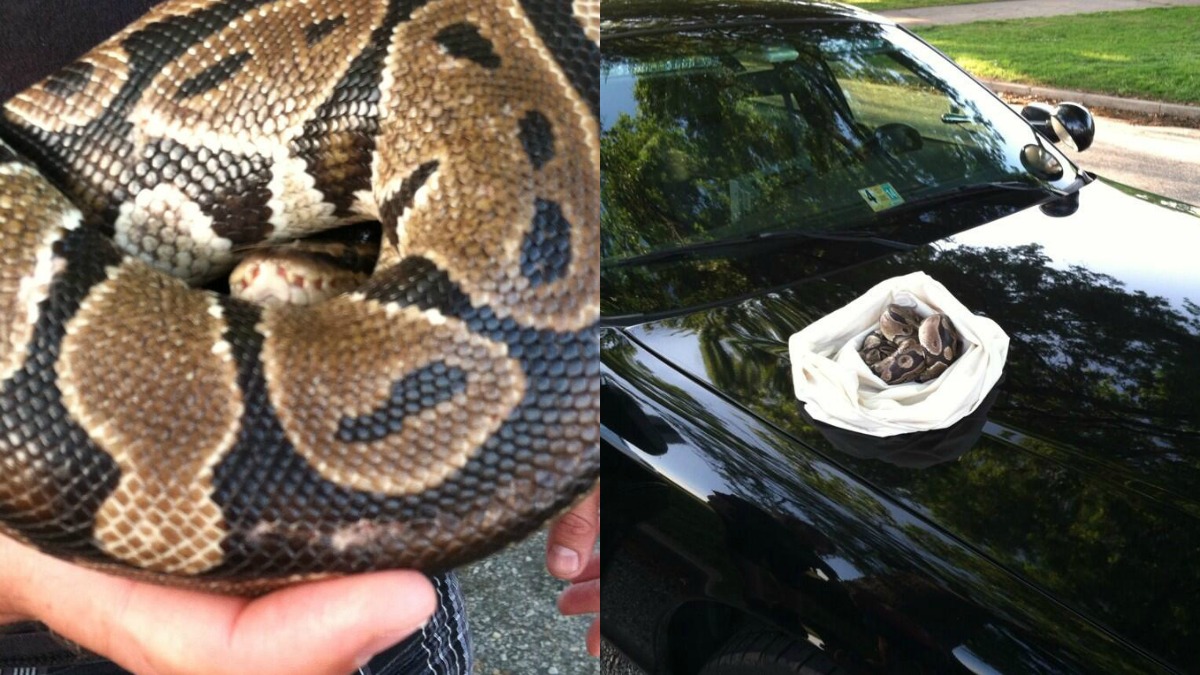