It happened around 3:40 p.m. at Sleepy Hollow Road and Tarrytown Drive.

CBS 6 reporter Melissa Hipolit said two cars crashed at the intersection causing on of the vehicles to flip over. As the school bus was headed to the intersection to make a right turn, the driver ran into the ditch to avoid hitting the cars.

The bus was loaded with students when the bus ran off the road. The children, who were not hurt, boarded another bus and have proceeded on their route.

However, three people were injured when the two cars crashed. Two adults and one juvenile were transported to the hospital with minor injuries.

But, his thoughts were suddenly interrupted.

“It was just a big surprise, I was never expecting that to happen,” Smith said.

Smith and a bunch of his Tuckahoe Middle School classmates were on a school bus heading home from school when they drove up to a car crash.

“The bus was trying to make a turn around an accident, but we accidentally hit a ditch,” Smith said.

The bus’s front right wheel ended up inside the ditch, meaning the bus could no longer move.

Thankfully, none of the kids were injured.

“People were standing up looking at the accident, wondering what part were we were in of it,” Smith said.

Smith said falling into the ditch was startling, but the worst part of the experience was seeing the people injured in the car crash.

“Someone was just in shock holding a piece of paper, not able to move,” Smith said.

Police said all three people were sent to the hospital with non-life threatening injuries.

None of the kids were injured. Three people in cars taken to hospital with non life-threatening injuries. @CBS6 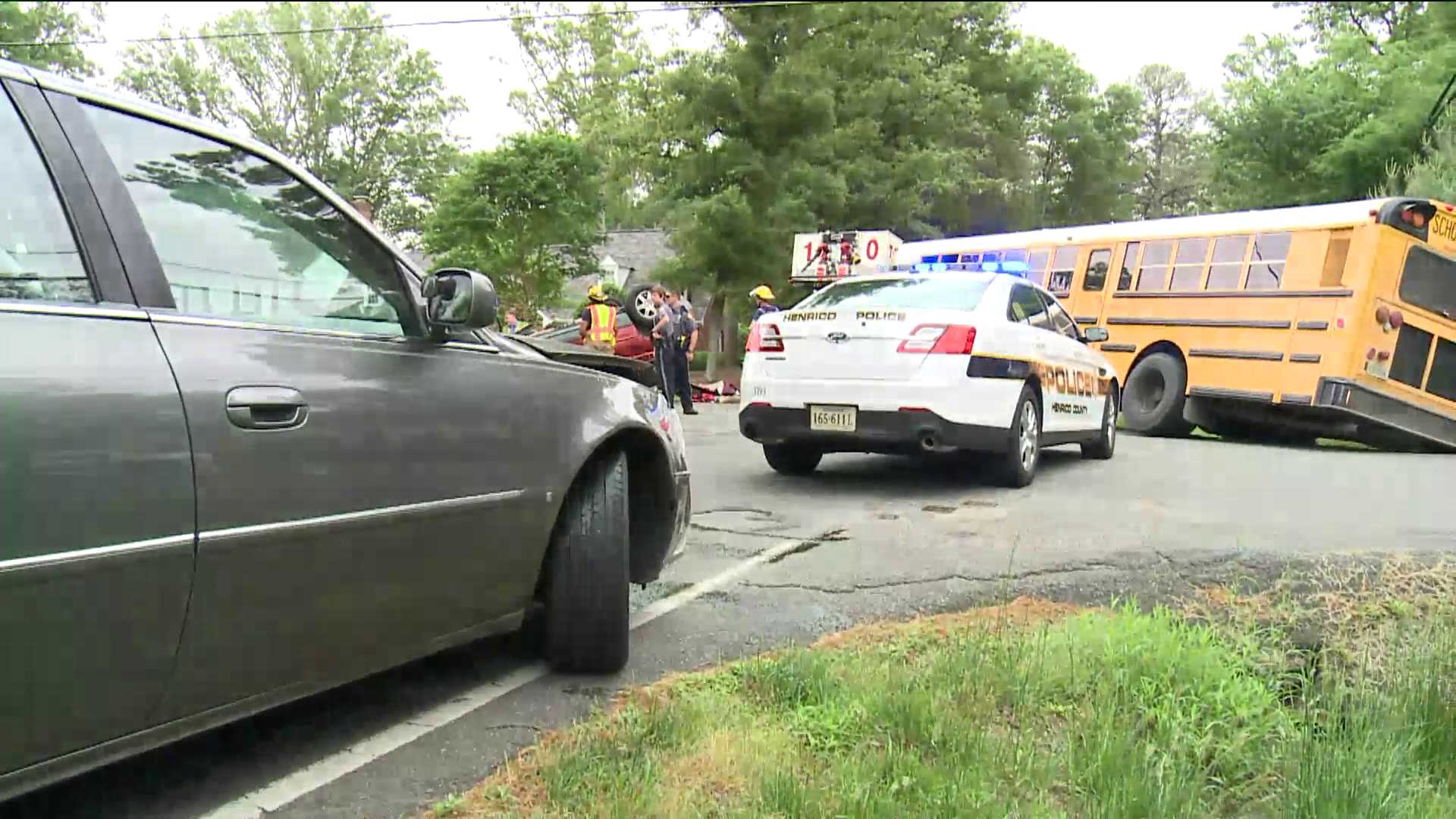