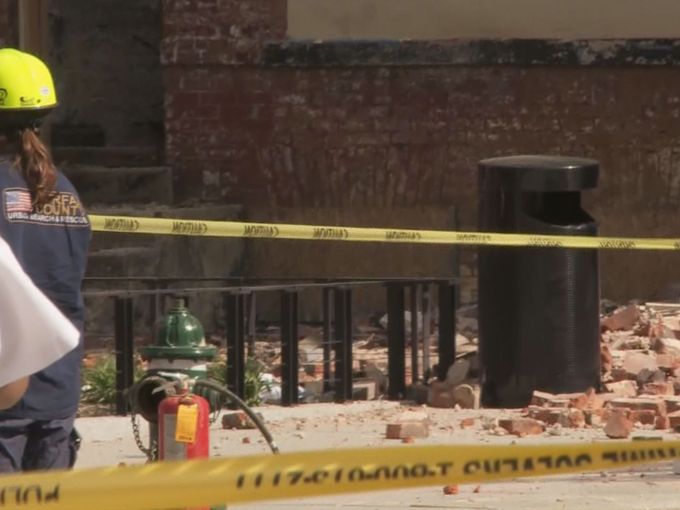 An adjacent strip club was evacuated due to the collapse, reports CBS affiliate WUSA9.

Firefighters were getting ready to enter the buildings when the second collapse occurred, WUSA9 reported.

So far one person was treated for minor injuries and officials continue to search the debris.

The two outer buildings are standing but Tim Wilson with DC Fire says they are probably unstable due to the collapse.

Part of the building spilled out into the street and officials say the situation is very unsafe, according to WUSA9.

The area is near Mount Vernon, and is already congested. The building collapse caused rush-hour traffic problems.

K Street was closed between 4th and 7th Street and part of Massachusett’s Avenue, the Washington Post reports.