North Carolina cleans up from twisters

(CNN) — Eastern North Carolina cleaned up Saturday from powerful tornadoes that damaged about 200 homes and knocked out power to thousands of customers.

Meanwhile, much of the central United States is bracing for even more severe weather in the form of tornadoes, damaging winds and hail.

Multiple twisters touched down in an area east of Greenville, North Carolina, to Beaufort County, on Friday evening, the National Weather Service reported.

The twister was rated an EF-3, with winds estimated at 150 mph. Emergency management official said that ended the streak of days without an EF-3 tornado at 158 days.

John Pack, spokesman for the Beaufort County Emergency Management, estimated more than 200 homes in that county sustained major damage, and at one point at least 2,500 homes didn’t have power.

He told CNN that staffers at the National Weather Service, county volunteer fire crews and more than 100 electrical crews were working to assist residents. 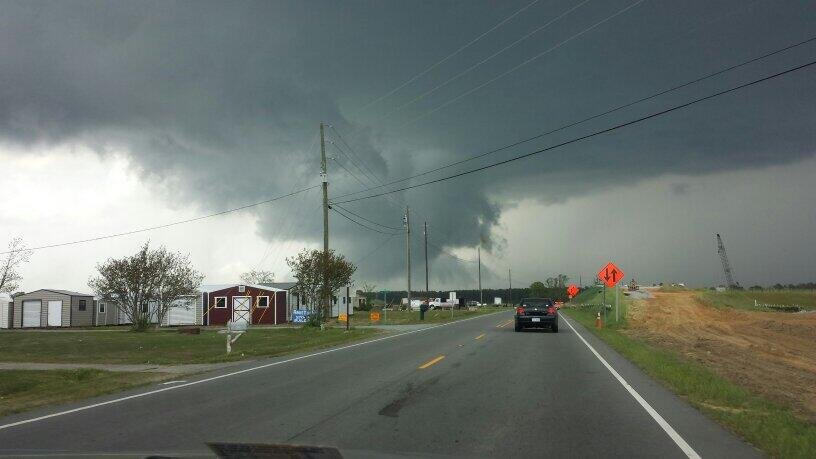 In Pasquotank County, three tornadoes touched down, destroying 13 homes and causing major damage to 17 homes, the Pasquotank-Camden Emergency Management said. The weather service said those were EF-2 and EF-1 twisters.

In nearby Perquimans County, the story was similar.

A spokesman for that county’s emergency management agency, Tom Ponte, told CNN a preliminary assessment showed the storm damaged 38 homes and left about 1,770 residents without power.

According to Ponte, the county is opening a shelter for residents displaced by the storm and roads are being cleared by the county fire department, with assistance from the North Carolina Department of Forestry.

CNN meteorologist Matt Daniels predicts a slight risk of severe storms Saturday evening from central Texas into southeast South Dakota. This may include damaging winds and large hail, but does not rule out a few tornadoes.

On Sunday, most of Arkansas and neighboring areas — including Shreveport, Louisiana, and Springfield, Missouri — face the highest chance of severe weather, though states as far north as North Dakota, and southeast to Georgia, also could be in harm’s way.

The SPC said it may upgrade Sunday’s threat level from moderate to “high risk.” This would be the first “high risk” threat this year — a warning that is typically issued only a few times a year.

The danger zone shifts farther east on Monday, with Memphis, Tennessee, and Tupelo, Mississippi, among the cities most likely to get hit.

There is also a slight risk of storms stretching into the Midwest, north Georgia and the western Carolinas. These storms could produce damaging winds, large hail and tornadoes (some could be strong) throughout the day.

And yet more severe weather looms for Tuesday.

The Storm Prediction Center notes that these threats come in a year that has been — so far — one of the quietest for tornadoes in U.S. history. Already, the country has set a record for going the longest into a new year without a tornado fatality.