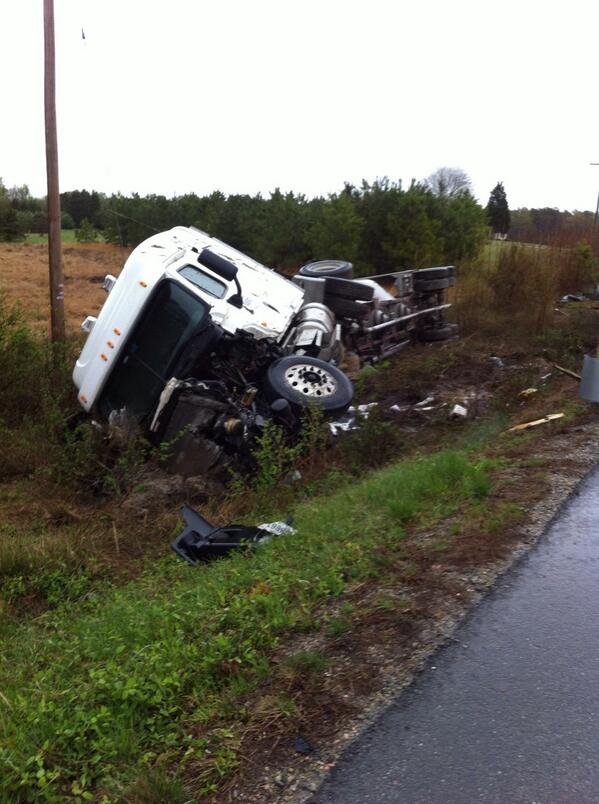 Chesterfield Fire’s Lt. Jason Elmore said one lane of westbound Hull Street at Doss Road was back open as of 4:30 p.m.

Firefighters and hazmat crews were called out after a truck carrying dry cement ran off the right side of the road and overturned. When that happened, one of the truck’s two fuel tanks began leaking diesel fuel.

Chesterfield environment engineers said about 150 gallons of diesel fuel leaked into a small creek beside the road.

The driver of the truck as charged with reckless driving.