(CNN) -- Thousands of people have gathered in a Boston convention center to mark the anniversary of the Boston Marathon bombings.

The solemn ceremony began just after noon with the Boston Pops -- a world-renowned orchestra -- setting the scene, with a performance of "America the Beautiful."

They're expected to echo the message the state put out on its official Twitter feed Tuesday: "United, we will always persevere."

On April 15, 2013, the Patriots' Day bombings killed three people, including an 8-year-old boy, and wounded at least 264 others. The city then underwent days of fear as the two identified suspects, the Tsarnaev brothers, were on the run. Police say they killed a Massachusetts Institute of Technology police officer in the process, and then Tamerlan Tsarnaev was run over by his younger brother, Dzhokhar, as they battled police. Dzhokhar Tsarnaev has pleaded not guilty to 30 counts and is scheduled to go on trial in November.

"A year ago, tragedy struck at the 117th Boston Marathon," President Obama said in a prepared statement Tuesday. "Four innocent people were killed that week, and hundreds more were wounded. Today, we remember Krystle Campbell, Lingzi Lu, Martin Richard, and Sean Collier. And we send our thoughts and prayers to those still struggling to recover."

MIT police plan to mark the death of Officer Collier in a remembrance ceremony Friday.

Three survivors are scheduled to speak: Patrick Downes, David Yepez and Adrianne Haslet-Davis. Downes was a newlywed at the time of the attack. He and his wife, Jessica Kensky, each lost a leg. Yepez, a teenager, was injured. He'll be joined at the ceremony by his father, Luis. Haslet-Davis, a dancer, lost her left foot in the attack.

Near the end of Tuesday's ceremony, at 2:49 p.m. ET, will be a moment of silence, followed by church bells tolling and a flag-raising ceremony.

A year after the bombings, families of the victims are struggling to come to terms with the loss.

"She had that special, I don't know what it is, that special thing about her," said Lillian Campbell, grandmother of bombing victim Krystle Campbell, 29. "And you felt happy around her because she was always laughing and bubbly. I loved her."

Some victims injured in the attack are showing their perseverance by planning to take part in this year's marathon, scheduled for Monday -- even victims who suffered severe injuries.

"Last year, I was on the ground at the finish line. This year, I'll be running across it," said Kevin White. "It kind of proves to people that evil isn't going to win." White, then 34, had shrapnel through his legs a year ago. His 71-year-old father, Bill, lost a leg.

Authorities have announced extensive security plans for this year's marathon, which is expected to bring in $176 million for the Boston area's economy.

Brothers Paul and J.P. Norden each lost a leg in the attack last year. On Tuesday, they began a trek: walking the entire 26.2-mile marathon route, along with family and good friends. "I feel so blessed," their mother, Liz, said in a Facebook post, adding that she couldn't be prouder. 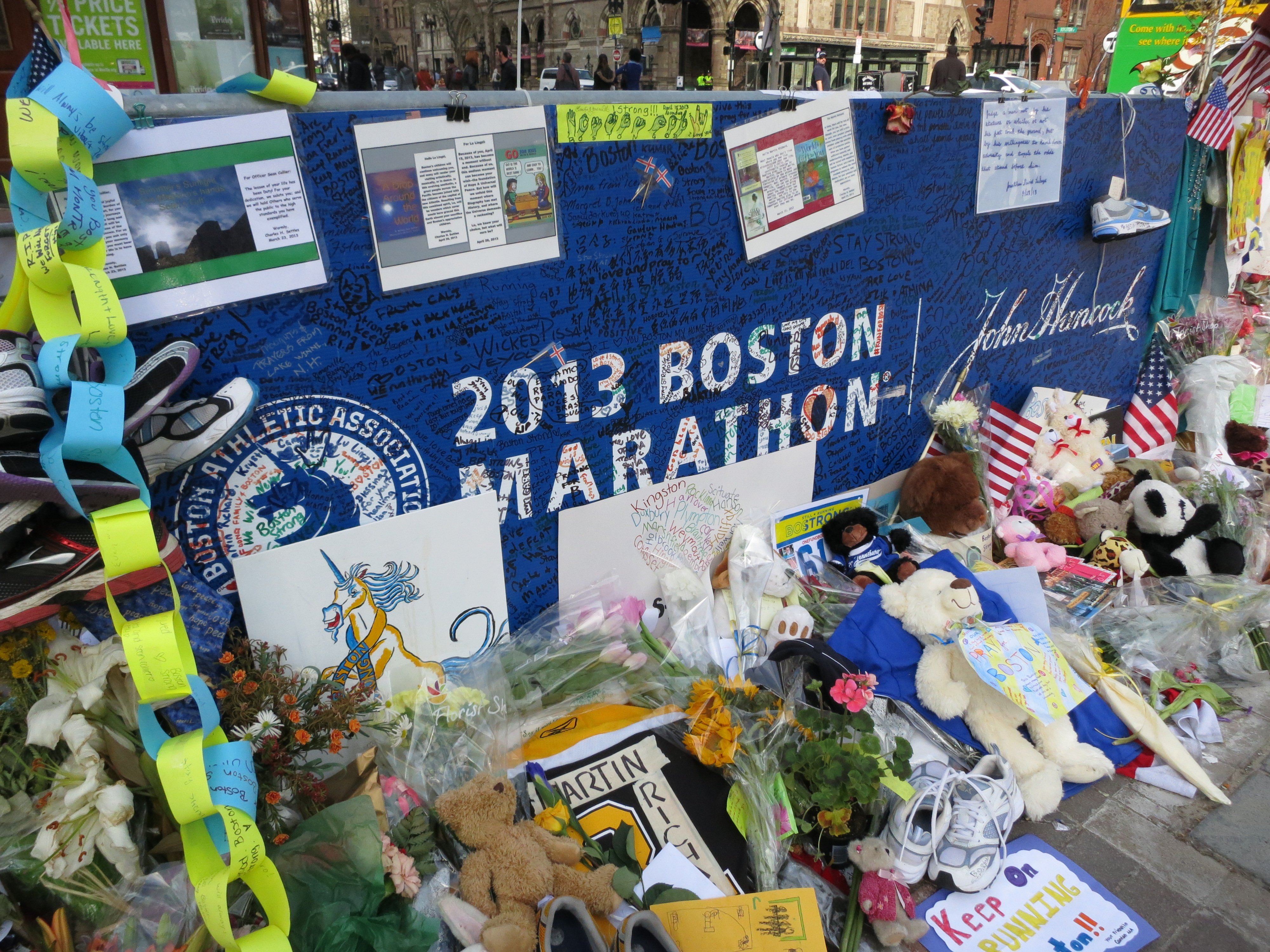