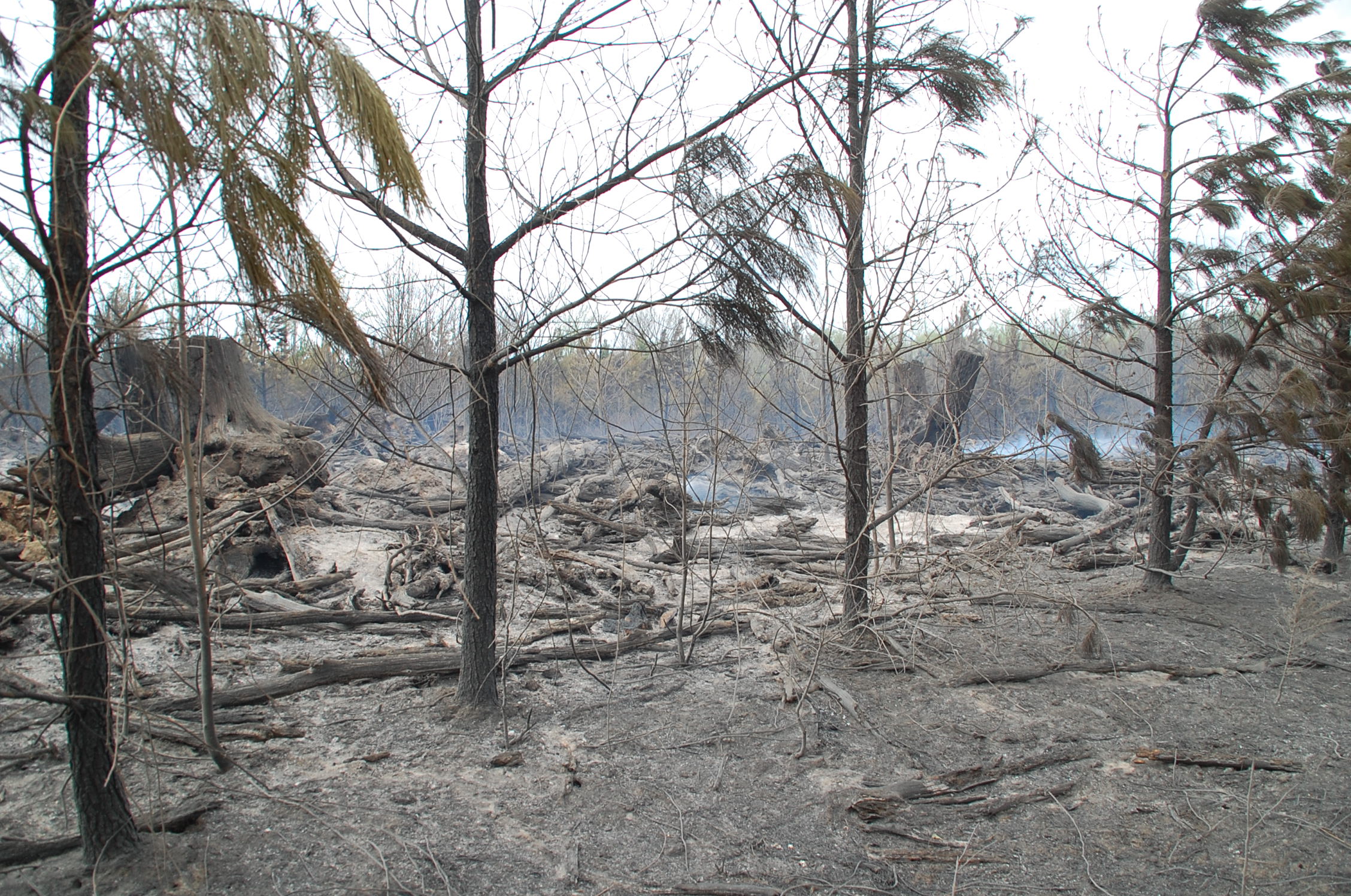 HANOVER COUNTY, Va. (WTVR) — The Virginia Department of Forestry is investigating what sparked a massive wildfire that burned more than 100 acres in Hanover County on Sunday.

Hanover Fire-EMS’ Battalion Chief J.T. Williams said the fire was “100 percent contained” Monday afternoon, but that crews would stay on the scene a few more hours to keep an eye on any possible flareups.

Williams said crews were called out to a brush fire at 9596 Wickham Drive in Ashland just before 3:45 p.m. Sunday.

Forestry officials said the blaze, which was reported in a six to nine-year-old loblolly pine stand on Wickham Drive, a single-engine air tanker plane was called in to knock down the head of the fire because of the weather conditions.

VDOF crews attacked the fire with dozers to plow lines and contain the fire.

“Flames were well over the tops of the trees, and the smoke column could be seen from I-95 and the Virginia Center Commons shopping center,” VDOF Senior Area Forester Bryant Bays said. “We sent in three fireplows after the air tanker knocked down the head of the fire, and we worked closely with Hanover County firefighters to prevent any loss of life or property.”

Once the fire was contained, crews cut down burned trees that could be a risk and plowed additional lines around some spot-over fires.

Spring fire season ends April 30th, and citizens are reminded to not burn until after 4 p.m. each day. So far this year, 528 wildfires have burned 4,866 acres of forestland in Virginia. Wildland firefighters have protected 793 homes and other structures already this year.