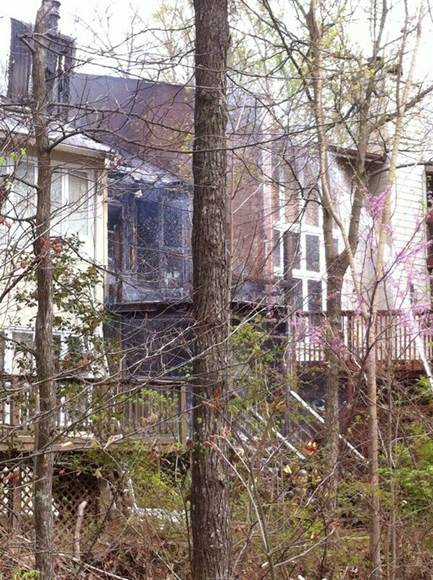 CHESTERFIELD COUNTY, Va. (WTVR) – Firefighters were called out to a blaze at a home in Chesterfield Monday afternoon.

Crews battled a fire at a townhome in the 13000 block of Woodbriar Ridge Court.

Fire crews arrived to find a two-story duplex with heavy fire coming from the rear of the duplex. Fire started to quickly spread to attic of the home causing significant damage to the attic and second floor, Lt. Jason Elmore said.

It took crews approximately one hour to get the fire under control. The residents from the home were displaced and are being assisted by the family members.

Fire Marshals determined the fire was caused by discarded smoking materials on the second floor deck.

The fire was not able to spread to the adjacent residence due to the fire wall constructed between the two dwellings. There were no injuries reported during this incident.