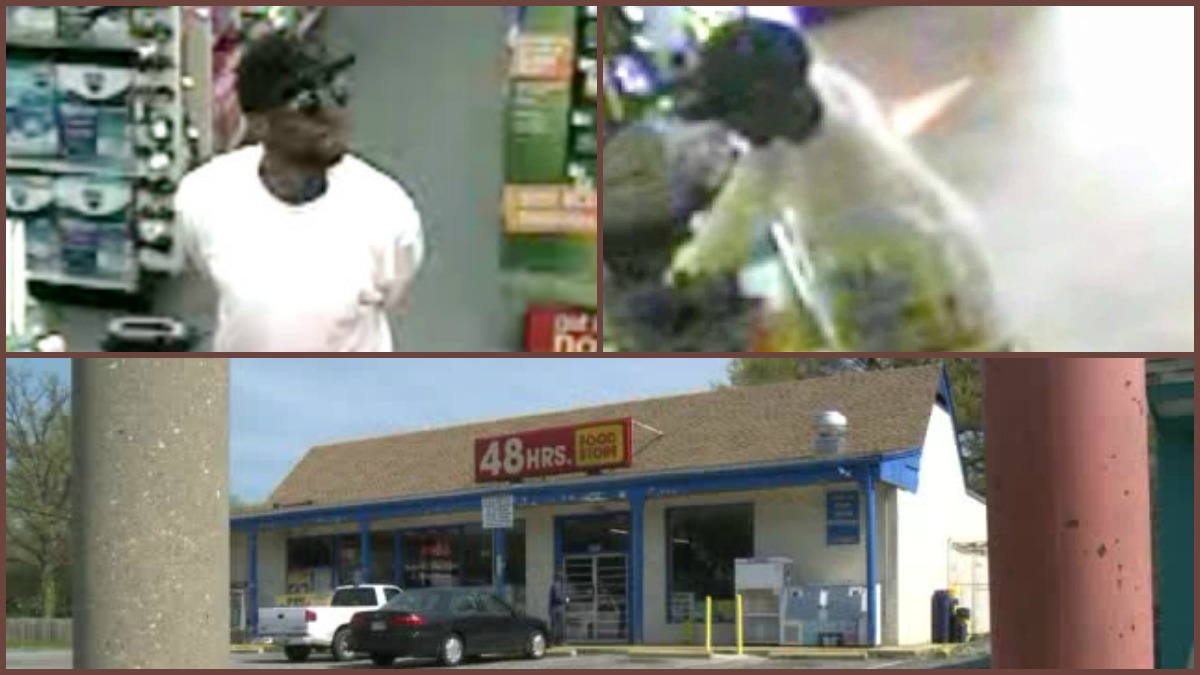 Officers received a call about an armed robbery at the 48 Hour Food Stop on Forest Hill Avenue around 6:40 p.m. Saturday.

Police said the suspect approached the counter like he was going to buy a bottle of water, but when the cashier turned to grab a bag, the suspect pulled out a handgun.

The man took an undisclosed amount of cash and fled the store, investigators said.

Additionally, a little more than a week ago, a CVS Pharmacy on Forest Hill Avenue was also robbed at gunpoint on April 4.  Surveillance images from the store were released by police.

The suspect is described as a black male between 35 and 40 years old, about 5 feet 10 inches tall with a medium build. with a thin build.  He was wearing a long white tee-shirt, jeans, sunglasses and a black baseball cap.

“It makes me wonder if there is a trend going on,” said Capria Pinkney, who lives off Forest Hill Avenue.  “Is it the same person?  Are there going to be more robberies? Is it getting closer to my home?”

Pinkney said she hopes whomever carried out the two robberies is caught soon.

Anyone with information about these crimes is asked to call Crime Stoppers at 804-780-1000.