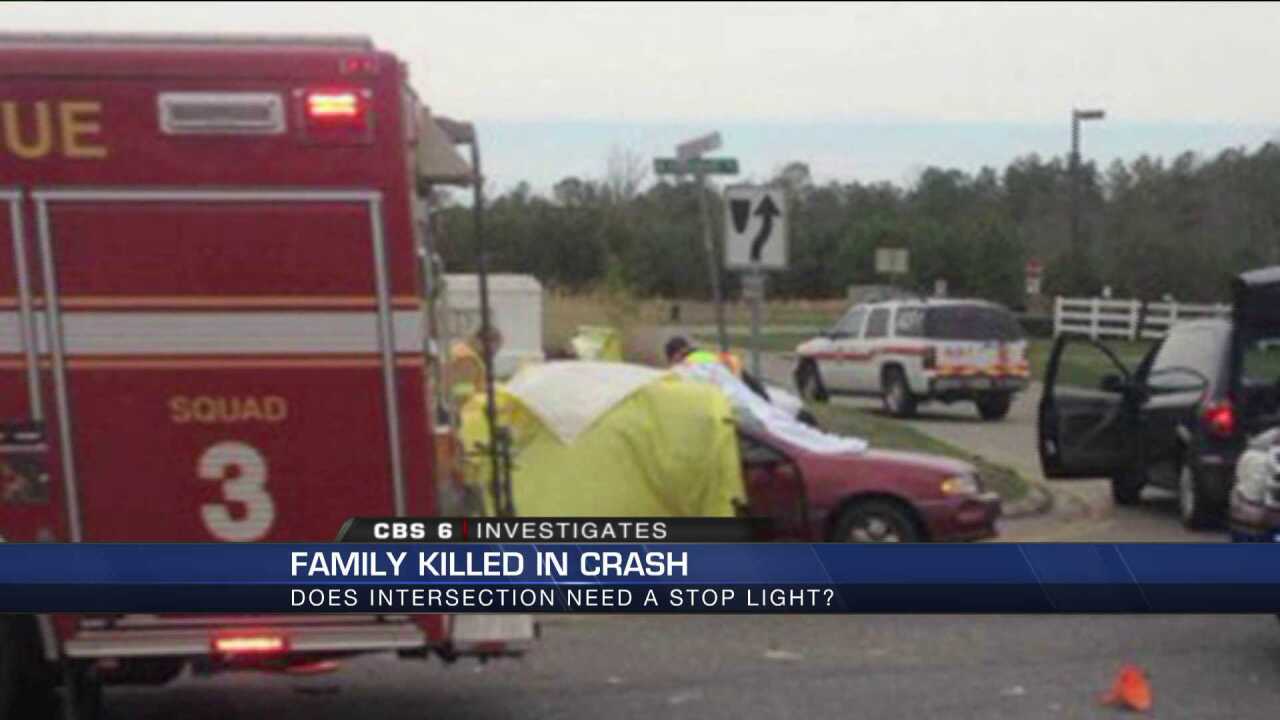 NEW KENT COUNTY, Va. (WTVR) -- Many in New Kent think a crash that three killed people on Courthouse Road near the entrance to Colonial Downs was inevitable.

Mario Nava, who knew the victims, told CBS 6 that the intersection needs a stoplight.

CBS 6 questioned the Virginia Department of Transportation after viewers reached out about the lack of a stop light - complaining the intersection features confusing yield signs, slight hills and a 50 mph speed limit.

"We have carefully reviewed this intersection three times over the past seven years," Lindsay LeGrand, a VDOT spokesperson said.

However, LeGrand said that despite new development in the area, a September 2013 traffic study deemed traffic to sparse for a light. Additionally, she said that prior to this week only five accidents had occurred at the intersection since 2010.

"Due to low traffic volumes on the road this road does not qualify for signalization at this time," LeGrand said.

For residents, that news does not sit well and they fear another crash is imminent.