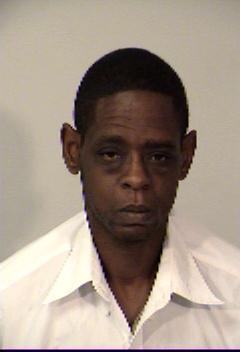 STAFFORD COUNTY, Va. (WTVR) –More Stafford County drug busts this week, a continued effort to crack down on heroin trafficking in the region.

Wednesday’s arrests marks the 14th one in two weeks.

Officers used surveillance, investigation, and intelligence gathering to find a source of heroin that was being distributed along the Route17/Warrenton Road corridor.

The investigation led to the arrest of Rice and  Gold, who were arrested in the general vicinity of the Route 17/Warrenton Road Howard Johnsons Motel for the possession of heroin.

A search warrant was executed at a room in the Howard Johnsons that was occupied by Evans.  As a result of the search warrant Evans was arrested and charged.

Police found over half an ounce of heroin that Evans was in possession of, with a street value of approximately $3,500.00, police say.

In addition, marijuana was seized in the execution of the search warrant.  The investigation also linked Rice and Gold to the same motel room.

Detective Nick Chiappini and Deputies Brown and Galyen were the lead investigators in this investigation.

“The Stafford Sheriff’s Office is continuing its active and aggressive investigation into heroin trafficking in our area,” states Sheriff Charles Jett.  “I have committed every asset the Sheriff’s Office possesses to eliminating this danger that is threatening Stafford County.”

The Stafford County Sheriff’s Office notes with appreciation the large number of tips and information that the public has provided the Sheriff’s Office in regard to the heroin trafficking investigation.