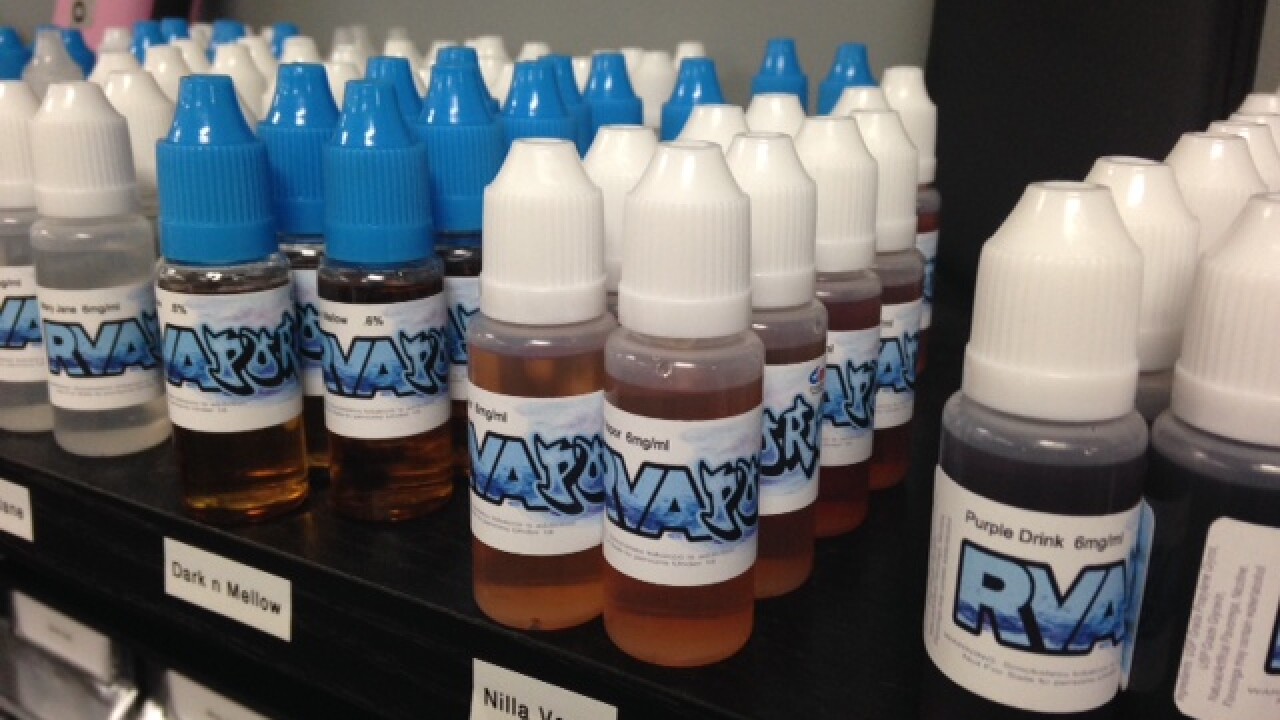 The liquid used in electronic cigarettes is a liquid nicotine.

“It’s really made it out to the public that this is a safer form of cigarettes, but there’s no regulation on it,” Dr. Flanzenbaum said.

The e-liquid is extremely toxic, and, according to Flanzenbaum, can be lethal to young children when ingested.

“There’s a risk of not being able to breathe, and then you go down the line to even coma and death,” Dr. Flanzenbaum said.

While Flanzenbaum has not yet seen a poison case related to E-liquid at his office, nurses at the Virginia Poison Center have fielded several calls related to accidental poisonings from e-liquid.

“We’ve had cases of those where children have required hospitalization,” Dr. Rose said.

Parent Steffanie Atkins said she makes sure to keep the bottles of e-liquid away from her kids, especially because they smell so tasty, with flavors like candy, banana pie, and mint chocolate cookies.

“They run around and put everything they can find in their mouths,” Atkins said.

Atkins’s boyfriend, Chip Anderson, co-owns RVA Vapes, which is an e-cigarette shop, so she is very aware of how dangerous the liquid can be to a child, or even a pet.

“It’s a high concentration of nicotine in a small bottle,” Atkins said.

Still, Atkins said the smoke released by e-cigarettes is much less harmful to a child, than smoke from normal cigarettes.

Some e-liquid manufacturers voluntarily choose to put child safety caps on their bottles, but they’re not required to.

“All of the bottles that we use here, that I make, have childproof caps on them,” Anderson said.

The Food and Drug Administration does not currently regulate e-cigarettes, but it plans to eventually.

“There should there be regulation on this, absolutely…over-regulation is what I’m worried about,” Anderson said.