(CNN) — Nina Osegueda was 19 years old, 5 feet tall and around 180 pounds when she remembers her boyfriend saying the thing no boyfriend is supposed to say:

“You know, you’d look better if you lost weight.”

Like many teenage girls, it was nothing she hadn’t thought to herself, every hour of every day. In Osegueda’s case, she said she knew she was overweight and just figured she’d always be that way. 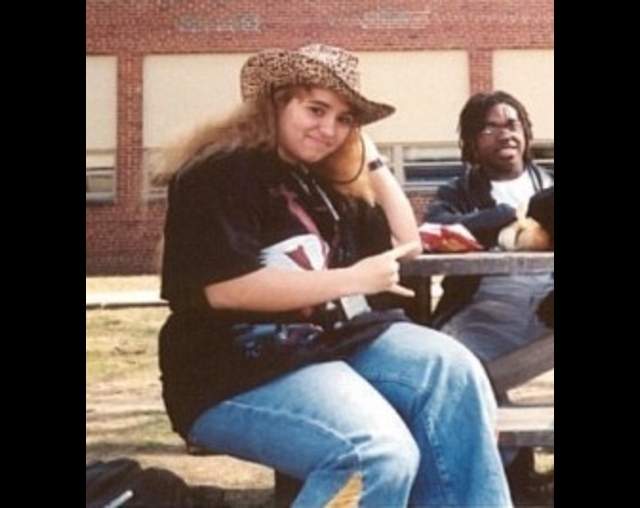 “He was the tall, blonde, skinny type of guy who had no idea what it was like to be a short, Latina, chubby teenage girl,” Osegueda wrote on CNN iReport. “I shopped in the ‘missus’ section of Macy’s and felt like an old lady at 19, trying to fit into ‘mom jeans,’ thinking that crying in the dressing room was totally normal and how I was supposed to live.”

It was the summer of 2003. It wasn’t that Osegueda, who wore a size 16 in most clothes, ate so much — she just ate all the wrong things. Convenience store junk food, meals at McDonald’s, big family dinners heavy on pasta, rice and bread, and doughnuts on Saturdays before soccer games or swim meets.

It was how all her friends ate too, and half of them were skinny.

“I’m just made to be bigger,” she would tell herself. “I’m just built this way.”

She didn’t think it would work, but when that tall, skinny boyfriend of hers suggested she lose weight, she felt obligated to try.

He told her his mom had lost a bunch of weight on the high-protein, low-carbohydrate Atkins Diet.

It seemed easy enough. She cut out carbs and switched to meals consisting of mostly meat and vegetables; cut all soda and juice, and drank only water and unsweetened tea.

“Though it was difficult to explain to my family that I couldn’t eat tortillas or plantains for a while, they were supportive of my goals,” she wrote.

Each night in her room, she exercised to belly-dancing workout tapes she picked up at the mall.

A year later, she had lost 60 pounds. She sported a 27-inch waist, an hour-glass figure and a new aura of self confidence.

“I might never be the skinny Barbie-doll figure I had in mind, but neither would I allow myself to fall into bad habits that would make me think less of myself. I finally could shop in the ‘normal’ sections of the stores, though it never became any less surprising to find myself looking for clothes marked Medium,” Osegueda wrote. “Here I was, in college, feeling healthier and happier than I ever had in my entire life, with the realization that I had the power to do whatever I put my mind to.”

“It probably won’t surprise anyone that I broke up with the boyfriend.”

She reached an all-time low of 125 pounds by the time she finished college in 2005; she currently weighs 130 pounds and wears a 6 or 8 dress size.

Osegueda, 30, now lives in Gaithersburg, Maryland. She got married, became a graphic designer and tours as a heavy metal vocalist with the band A Sound of Thunder. Her legal name is Balvina Austin, but she kept Nina Osegueda, the name she grew up with, as her stage name.

The low-carbohydrate diet is her way of life. A typical day consists of two scrambled eggs with spinach for breakfast; a salad with tuna and oil and vinegar for lunch; some cheese, pickles or cucumbers for snacks; and some kind of protein and vegetable for dinner.

“I know that to sustain my weight I have to keep foods heavy in carbohydrates like cookies and cupcakes to ‘treat’ status. … Sometimes events like birthdays and holidays crowd each other, and I find myself eating treats more often than I should,” she said. “It can be difficult when all of my friends are doing it, so I have to make sure to work out extra hard to make up for the extra carbohydrates.”

Osegueda works out three to four times a week to make sure she’s fit for the stage.

“Not only has my weight improved, but so has my stamina,” she said. “My dream now is to be able to run around the stage with the energy of (Iron Maiden lead singer) Bruce Dickinson until I’m too old to scream. Until then, heavy metal is my life, and the demons associated with my weight are the enemies I will never let conquer my brain, ever again.”