(CNN) – As the anniversary of Kurt Cobain’s passing approaches early next month, rumors have stirred on social media that police might be re-opening the case.

They are not, they said in a statement. But they are releasing new photos of the crime scene.

The released photos do not include images of Cobain’s dead body.

But the dingy, scratched images of syringes, a tainted spoon, a lighter and other personal belongings strewn across the floor will likely bring back sad memories for many fans. 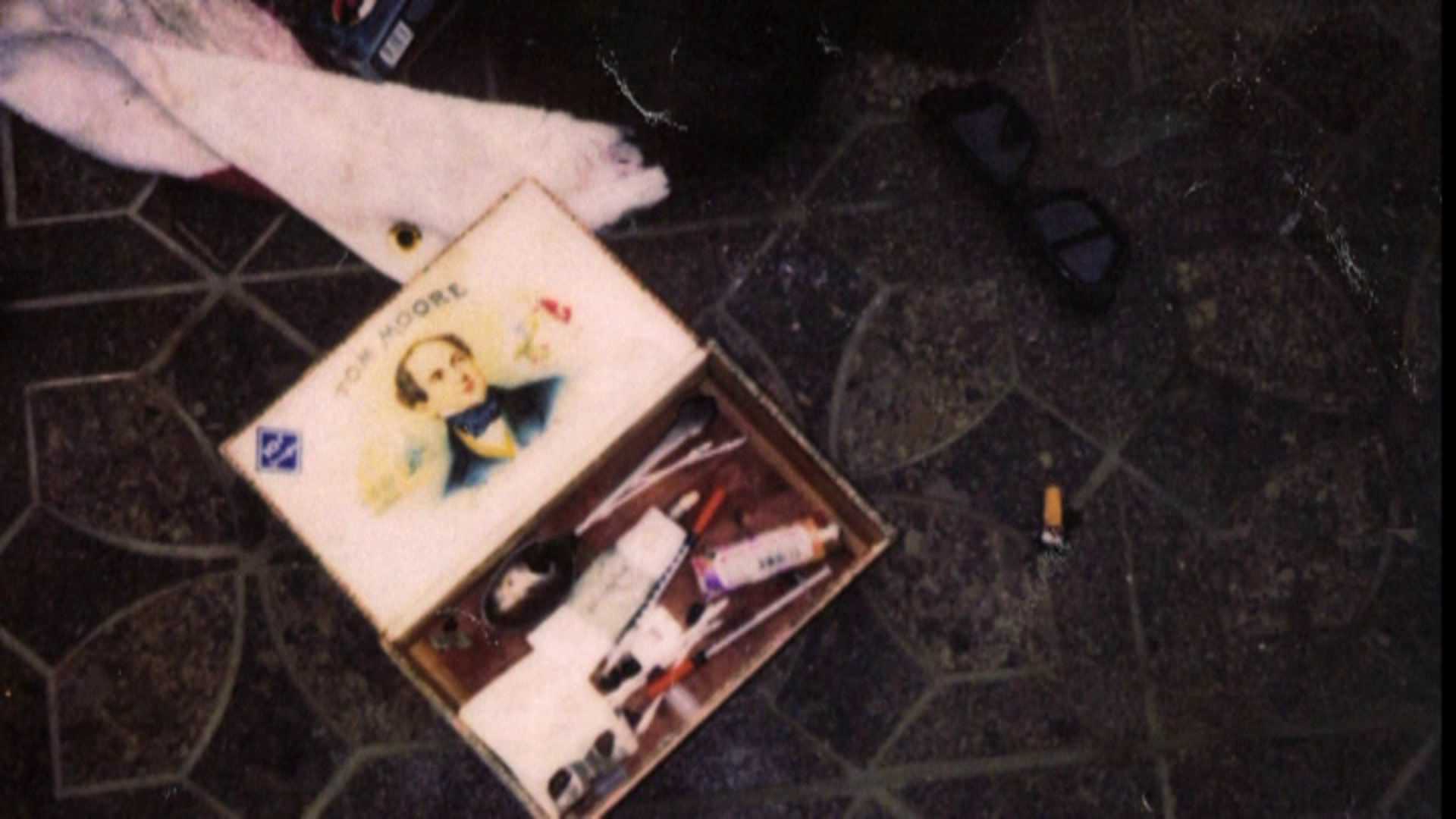 The attachment to the singer-songwriter, who was as much the front man of an evocative musical movement as he was of the band Nirvana, lives on.

As apparently do theories of how the icon may have died. They include murder combined with rumors of personal entanglements.

Some fans seem unwilling to believe that Cobain, whose name was synonymous with the movement called Grunge that transformed rock, fled into the arms of death to escape the torments of depression and drug abuse in 1994.

Then news on Thursday that a cold-case detective was reviewing Cobain’s file triggered a storm of digital chatter.

“We knew with the 20th anniversary coming up and we knew there was going to be a lot of media interest,” he said.

He also watched screened documentaries and read articles on the conspiracy theories. “I can see why people have questions,” Ciesenski said. “But you can always point to something and say ‘what if.'”

While reviewing the file, the detective, who usually searches archives for loose ends, found one — four rolls of film taken at Cobain’s house that had never been developed.

Twenty years ago, police found no reason process them, since they had Polaroid snaps of the place where Cobain perished.

Police had the 35 mm film developed, but the images are not new evidence. They just want to make them accessible to the public.

Fear of stoking conspiracy theories kept them from doing it earlier, Ciesenski said.

“Sometimes people believe what they read—some of the disinformation from some of the books, that this was a conspiracy. That’s completely inaccurate,” he said. “It’s a suicide. This is a closed case.”

Many music legends died at the same young age of 27. They include Jim Morrison, Jimi Hendrix and Janis Joplin.

It takes many people a long time to let go of an artist who touched their hearts so strongly through through their ears.

Cobain’s voice was as innovative Nirvana’s interpretation of rock and in step with it.

His velvety yet scratchy vocals continue in recordings to carry social disappointment and cynical ire in flats and sharps, all energized by fast-beat, electrified rock.

Just as it did then, when music fans first took note of it on Nirvana’s breakthrough album “Nevermind” in 1991 — with its shocking album cover of a baby swimming naked underwater after a dollar bill on a fish hook.

Cobain’s death ended a battle with hard drugs. His ashes were reportedly scattered in a Washington state river and a New York Buddhist temple.

Cobain’s widow, Courtney Love, stayed in the limelight with an acting career and legal problems surrounding her own drug problems. Frances Bean, the couple’s daughter, has largely lived outside the public eye.

What was unclear when Cobain died was whether the music Nirvana created would endure or fade away.

If it does fade, it may remain immortalized in one place — Cobain’s hometown of Aberdeen, Washington.

There visitors are greeted with a sign that reads — in his honor — “Come As You Are.”