(CNN) — For a Tyrannosaurus rex looking for a snack, nothing might have tasted quite like the “chicken from hell.”

That’s one way Matt Lamanna describes Anzu wyliei, the species of dinosaur that he and fellow paleontologists unveiled Wednesday.

It’s not the only way, though. Feathered demon also works, which is why Anzu — derived from Sumerian mythology — was chosen as a name. Or you could characterize it, as Lamanna also told CNN, as a 600-pound cross between an ostrich and a velociraptor. And it’s “pretty damn close” to looking like the 6-foot-tall turkey a child famously referred to in the movie “Jurassic Park,” except a lot stranger and meaner looking. 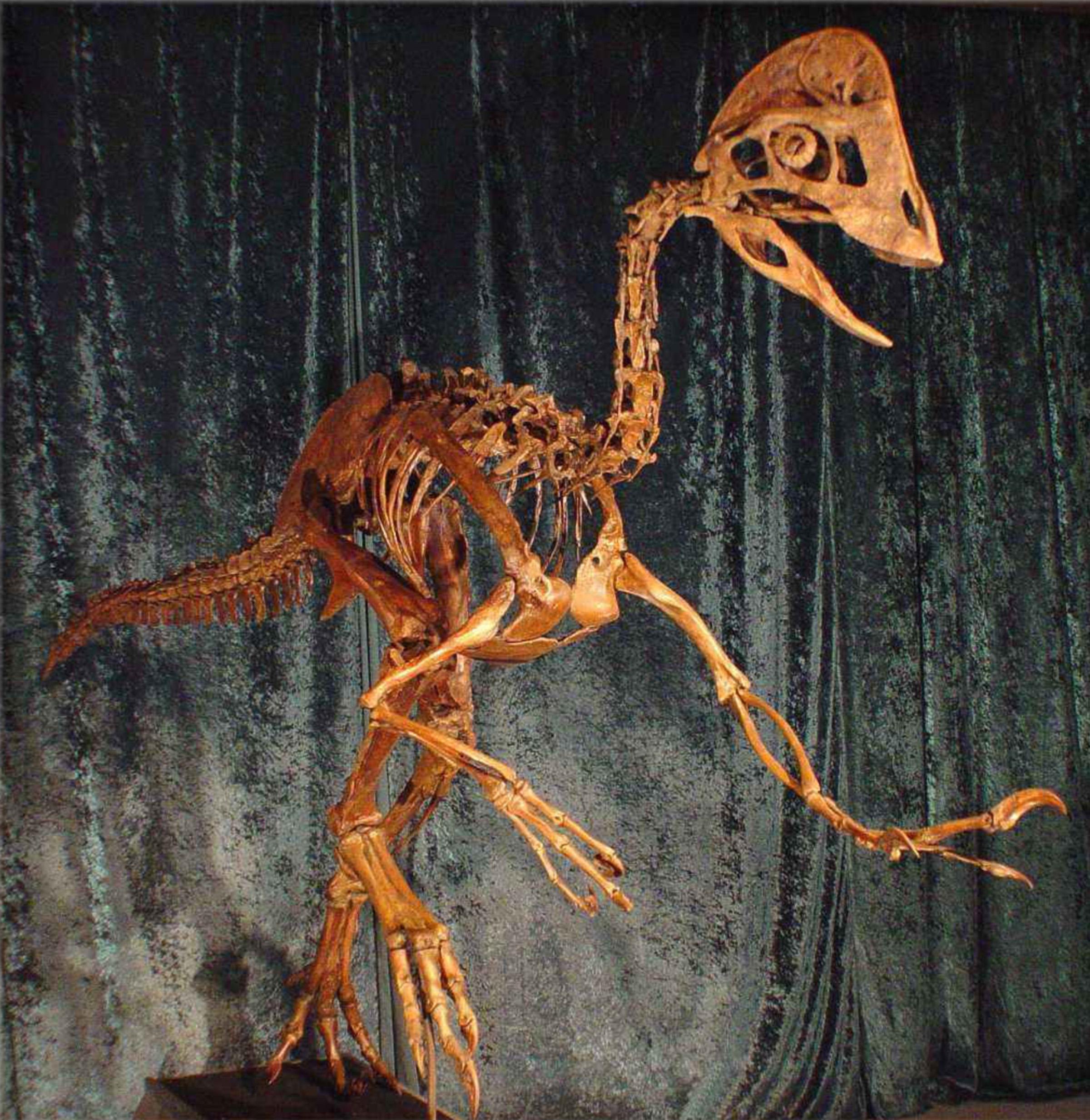 “You might think this was a really, really weird-looking bird,” Lamanna said. “… But, in fact, this was a very bird-like dinosaur … with a really long bony tail, very large hands and really sharp claws.”

Lamanna, from the Carnegie Museum of Natural History in Pittsburgh, detailed the finding Wednesday with fellow scientists from the University of Utah, the Smithsonian Institution in the scientific journal PLOS One. This study came about not from one excavation but from three dating to Cretaceous period and from a rock formation known as Hell Creek in North and South Dakota.

The “chicken from hell” moniker aside, what makes Anzu wylie especially exciting to paleontologists is that it’s the largest species of egg-stealing oviraptors yet found in North America, said Emma Schachner, an evolutionary biologist at the University of Utah.

It’s also “the first largely complete skeleton I think anyone has found of these guys,” she said.

Lamanna’s predecessor at Carnegie — Hans-Dieter Sues, now with the Smithsonian — had acquired two fossils that were dug up in the late 1990s in South Dakota by commercial fossil hunters. Lamanna said that he and Sues decided to work together to figure out what they had.

Their breakthrough came at a 2005 conference in Canada, where it became “abundantly clear” that a presentation from Schachner and colleague Tyler Lyson detailed the same species. Collectively, they pieced together 75% to 80% of the skeleton, which is a very large percentage in paleontology circles, according to Lamanna.

Rather than race to publish their finding first, the four scientists teamed up and by doing so, “learned more … than we would all have learned independently,” said Lamanna.

What they learned was that the 11½-foot-long, roughly 10-foot-tall Anzu wyliei had a bird-like beak and apparent feathers, with a large crest atop its skull and less of a tail than a T. rex. It munched on vegetation, small animals and perhaps eggs.

A replication of its skeleton is on display inside Pittsburgh’s Carnegie Museum. That’s a very different environment from the lush, warm, humid, almost bayou-like conditions that it enjoyed roughly 66 million years ago in what’s now a very different North and South Dakota.

Not that it was an easy life. Schachner noted that one specimen appeared to have a broken rib, while another had a busted toe. And those injuries are nothing compared with Anzu wyliei’s likely efforts dodging the so-called King of the Dinosaurs.

“It probably spent a lot of its life,” Lamanna pointed out, “on the lookout for T. rex.”