(CNN) — Misty and Larry Shaffer have been together since high school. She went to his senior prom; he went to her junior and senior proms. They got married in October 2008.

He never said anything about her being overweight.

When Larry, an Army specialist, was deployed to Afghanistan for a year in 2012, Misty decided she wanted to get in shape.

Shaffer, now 25 and living in Leland, North Carolina, has struggled with her weight her whole life, even as a child.

Each time she had tried dieting in the past, she would relapse. Before she became pregnant with her daughter, Nevaeh, she took diet pills and lost 60 pounds. But all that — and more — came back after she stopped taking the pills. At her heaviest, she weighed around 300 pounds. She’s 5 feet 6 inches tall.

“I would eat when I was bored. I’d eat three huge meals a day, and then snack in between. Sad or happy, I’d turn to food for everything.”

Shaffer felt tired all the time. People picked on her. She wanted to surprise her husband, and work toward a better life for herself and her family.

Her primary mission: Cut out all the junk. She stopped drinking soda, and tried to limit her liquids to water and coffee.

The first three to four months were the hardest, she said. Once she got past that, she started craving more healthy foods and water. It got to the point where, if she drank a diet soda, it made her so thirsty that she didn’t even want it.

Shaffer’s job presented its own challenges; she’s a personal shopper at a supermarket. At lunch time, the hot fried chicken “just smells so good,” she said. But the supermarket also offers a large, well-kept salad bar, as well as warm vegetables on the hot bar and oven-baked chicken. 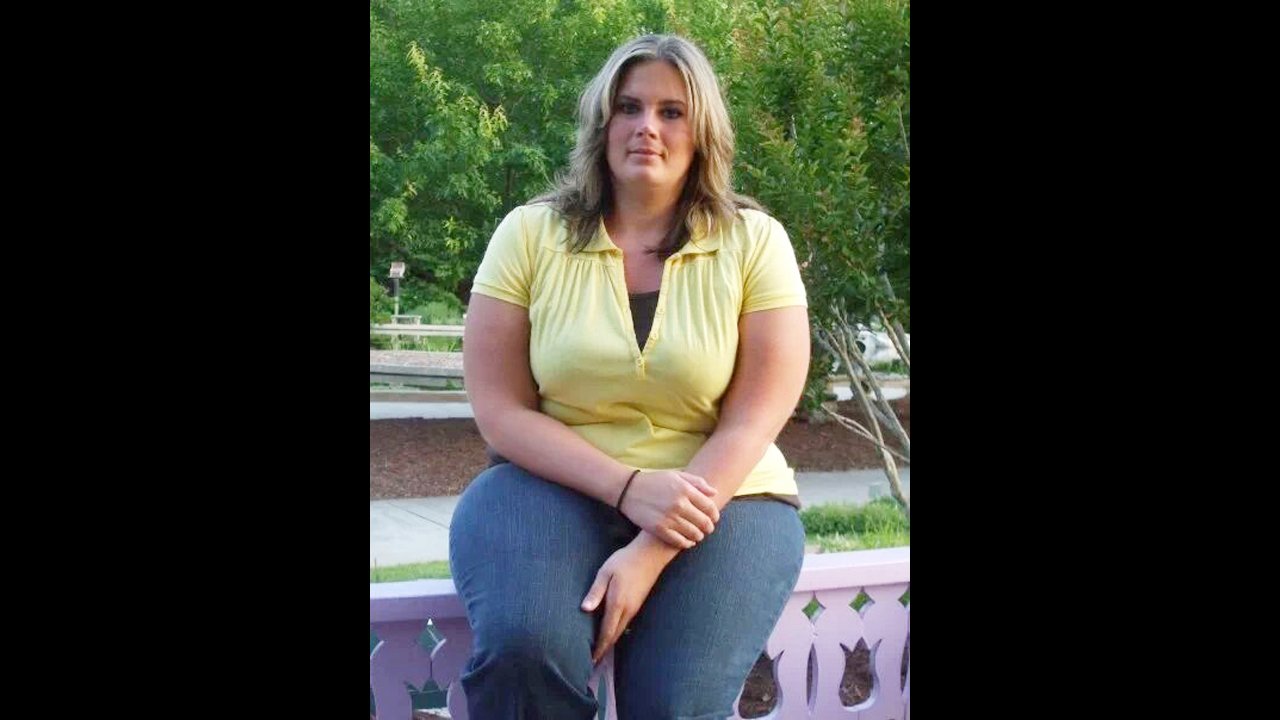 A typical breakfast for Shaffer is oatmeal with fruit or a cereal bar. On her days off, she’ll cook up sausage, eggs or pancakes, but she’ll watch her portion size. Around 10 a.m. she has a snack, such as fruit or carrots.

Lunch is a salad or half a sandwich with some kind of vegetable or fruit. An afternoon snack might be yogurt.

For dinner, she eats a lean meat (like ground turkey or a boneless, skinless chicken breast), a vegetable and a very small portion of starch.

The big day, Larry Shaffer’s return, was May 15, 2013. The soldier had never seen his wife weigh less than 220 pounds, even in high school.

When she saw him at the airport, Misty Shaffer didn’t know what to say or do. She just ran and jumped into his arms.

Her husband was speechless, uttering only one word: “Wow.”

It was the first time he had ever picked her up. Before, he hadn’t been able to lift her off the ground even a little, she said.

That moment was worth everything.

“A lot of people look at it like, ‘Why is that such a big deal?'” she said. “But (when) you never thought you’d see that moment, that somebody can pick you up … it is a big deal.”

The other big part of the surprise: She had bought a new house while he was away.

Since then, Shaffer has been able to keep the weight off.

When her husband left she was a size 22 to 24; now she can wear a women’s size 6. She’s especially loving how much money she saves on smaller clothes. Khakis, for example, used to cost $80, but she found a pair for her new physique for only $7.

She said her husband’s eating habits haven’t changed much; he likes her cooking, but he’ll help himself to ice cream or cake afterward. Sometimes she will join him. But she’s not too tempted to go back to her old ways of eating.

“I’ve seen how hard I worked, and what I had to go through to get to this point,” she said.

She’s still in disbelief when her husband picks her up.

Editor’s note: Do you have a weight-loss success story to share? Tell us how you did it and you could be featured in our weekly weight-loss story on WTVR.com.