Security camera photos showed the four suspects breaking into the old Clover Hill High School over the weekend and vandalized the building and school buses. 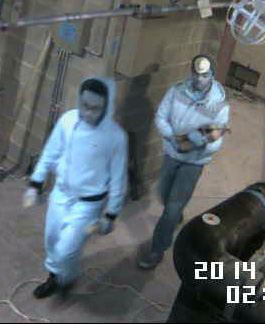 "During the overnight hours from March 7-8, unknown suspects entered the building, rummaged through a tool area and spray painted a wall," police said in a news release. "Outside, the suspects vandalized five school buses, spraying them with a fire extinguisher. Four of the buses were also spray painted."