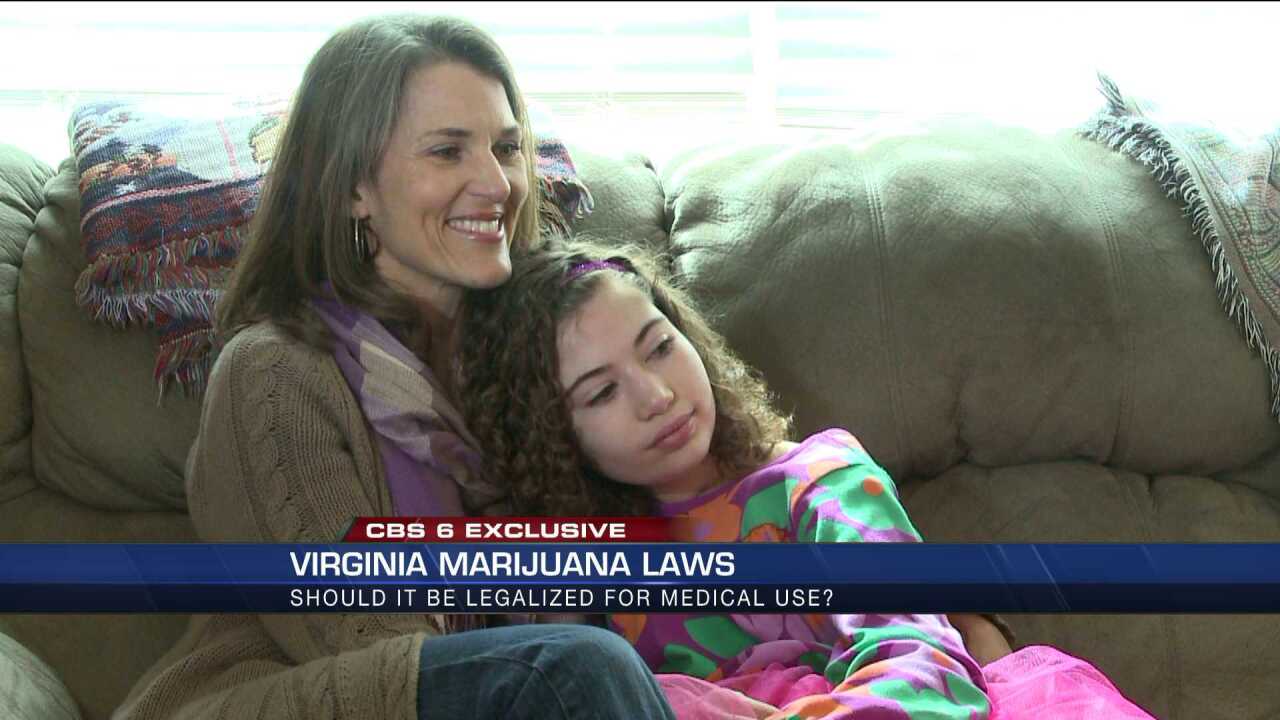 WHITESTONE, Va. (WTVR) -- Haley Smith may not be the typical face of the marijuana movement. The 13-year-old girl suffers from Dravet syndrome, which means she suffers from severe seizures. In fact, she had over 800 seizures in 2013.

Smith, who believes medical marijuana can help her daughter live a more comfortable life, was recently told by a VCU doctor there are no more viable medical options for Haley.

"Her seizures are going to take her life one day. There is nothing left for her to try," Smith said.

However, Smith emphasized she doesn't want her daughter smoking the marijuana, she simply wants the ability for her to ingest it.

But some in the medical community believe that what Smith is seeking for her daughter does not exist.

"I have never heard of marijuana being a safe treatment for epilepsy," Dr. Peter Coleman, with the Coleman Institute, said.

Coleman cautions lawmakers on decriminalizing any form of marijuana, even medical, over fears some people will abuse it.

Coleman said that for every Haley that might exist, thousands of people would take advantage and that is being seen in states that have already allowed medical pot.

"It has become a joke with anyone walking into a hospital and asking for marijuana for a headache," Coleman added.

Smith admits that it is difficult for lawmakers to distinguish what she is fighting for compared to what recreational pot users want. However, she believes progress is being made.