As smoke filled the school, students were evacuated and taken to nearby Parkway Baptist Church.

Dominion Virginia Power shut off electricity to the school and students remained at the church.

"We realized that very quickly, we'd be outside longer than we wanted to be in this temperature," Director of  for Chesterfield County Public Schools Community Relations Director Tim Bullis, said.  "We notified transportation within 5 or 10 minutes. They had dozens of buses over here."

Bullis said staffers are well trained on how to handle this type of situation.

"Each school has its own crisis plan. Included in that is an evacuation model where they go off site, whether its to a church or another school," said Bullis.

"I can't say enough about the students and staff and they way they've responded to this. It' s a huge distraction. But they've done everything according to plan [and] they responded remarkably well," said Bullis.

Bullis said classes resumed at Parkway Baptist Church until the school's 3:45 p.m. dismissal. Parents were notified to pick up their kids at the church with a photo ID.

Grange Hall Elementary is located along the 19000 block Hull Street Rd. near the Metro-Richmond zoo. 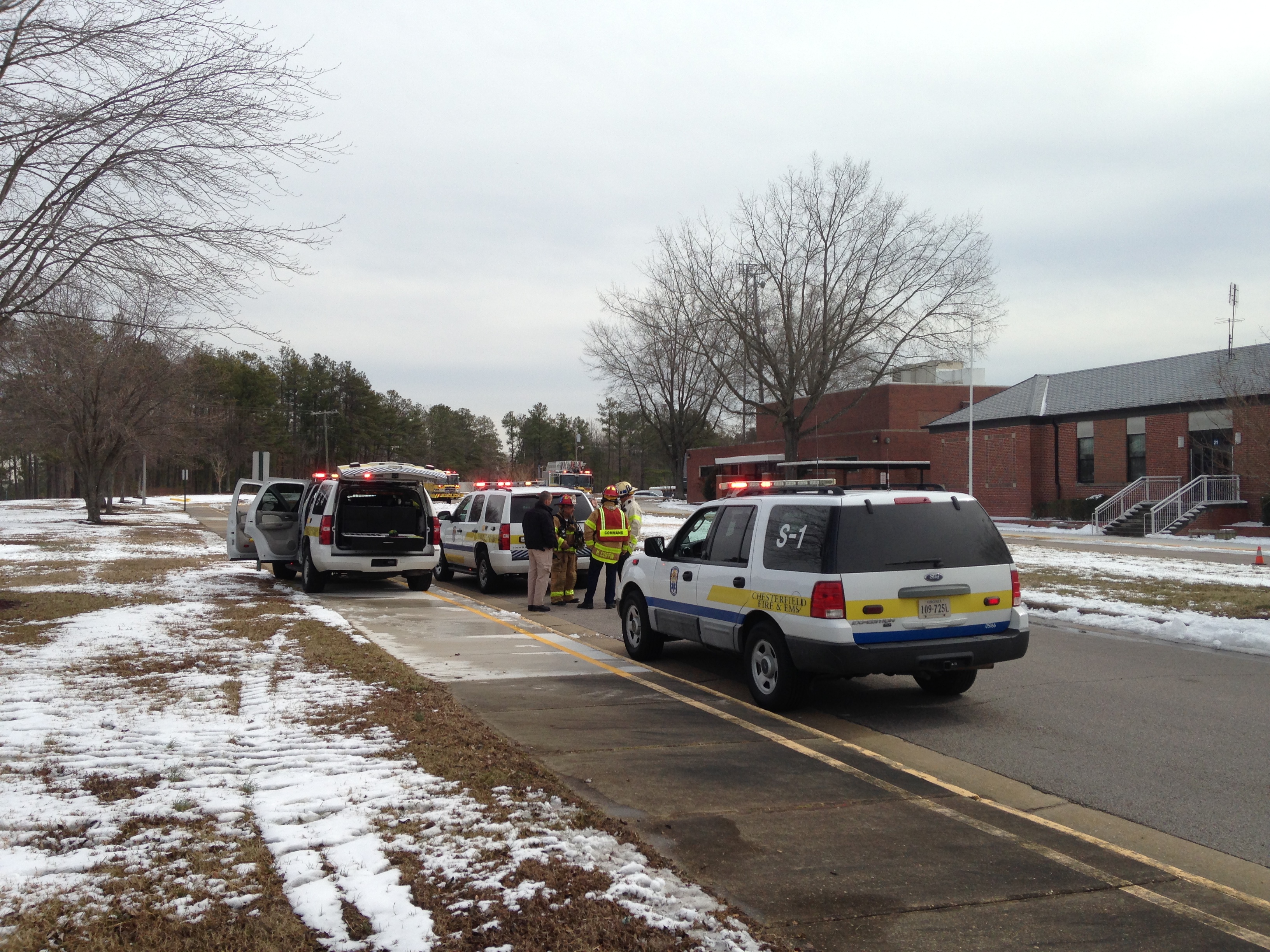