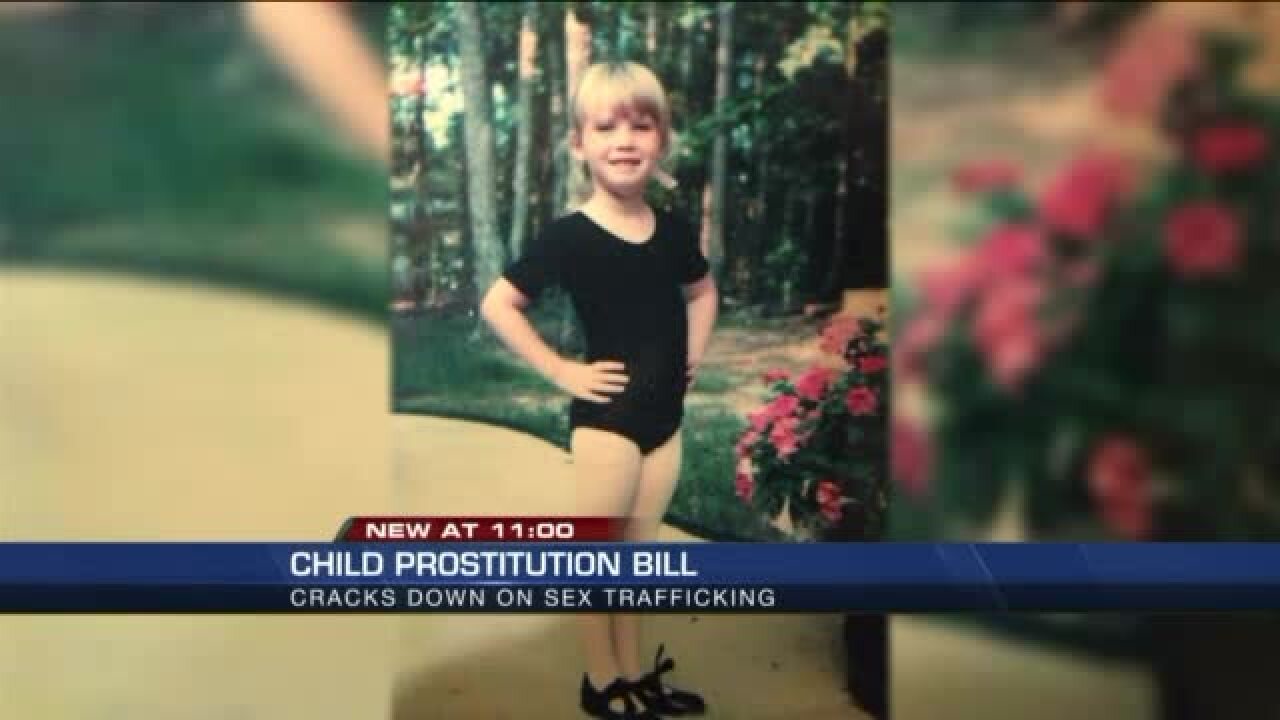 RICHMOND, Va. (WTVR)- Both houses of the Virginia General Assembly have passed legislation that harshens the penalties for people who solicit a child for sex, and closes a loophole that allows many sex predators to walk free.

The law would order those who are convicted of soliciting an underage prostitute to be placed on Virginia’s online sex offender registry.  It would also allow the felony prosecution of those who bring a child into a place of prostitution for the purposes of prostitution, regardless of whether the child was willing.

“We don’t want you to be able to say I convinced this 13-year-old to go with me and that would be a way to get out from under the law,” says bill patron Delegate Rob Bell, (R) Albemarle.

According to the U.S. Department of Justice, the average age that a child is first exploited through prostitution is 13 years old.

Elizabeth Corey was just 7 years old when she says her father first sold her into family-controlled human trafficking.

The sex abuse lasted until she was 18 and left home.

“It’s overwhelming when I think about how few laws there were to protect me as a child and how little awareness there was,” Corey says.

However, thirty years later Human Trafficking is the second largest and fasted growing criminal industry in the world.  According to UNICEF, there are nearly two million children worldwide in the commercial sex trade today.

Sara Pomeroy with the Richmond Justice Initiative, says Virginia, once among the 12 worst states for human trafficking laws, is slowly cracking down on the industry and people who solicit sex from children.

“They’ve been buying because it’s easy to do and they’re getting away with a slap on the hand,” Pomeroy says.

Corey hopes Governor Terry McAuliffe will sign the legislation when it reaches his desk.  She says thousands of children, who are still enduring the horrors of the sex trade industry, could spared from the same exploitation that claimed her childhood.

“They knew I was under age, not only did they know it but they sought me out because I was underage,” Corey says.  “Had they known there were laws like these that put them on the sex offender registry or in jail, they may have made another decision.”

A second bill by Delegate Bell, HB 660, expands provisions for forfeiture of the profits of assets earned through prostitution and human trafficking.  It is still under consideration by the Virginia Senate.