David William Grimm Jr., 21, and  Christopher Chase Johnson, 20, were arrested earlier this week and charged in connection with the death of 20-year-old Paul Johnson. The sophomore died Sunday after police said he was hit in the head less than a block from his off-campus apartment on 48th street early that morning.

Grimm Jr., whose arraignment was continued until March 4, is being held without bond at the Norfolk City Jail. Johnson is scheduled to appear in court again on May 12.

School officials said the men, who are from northern Virginia, are not ODU students. 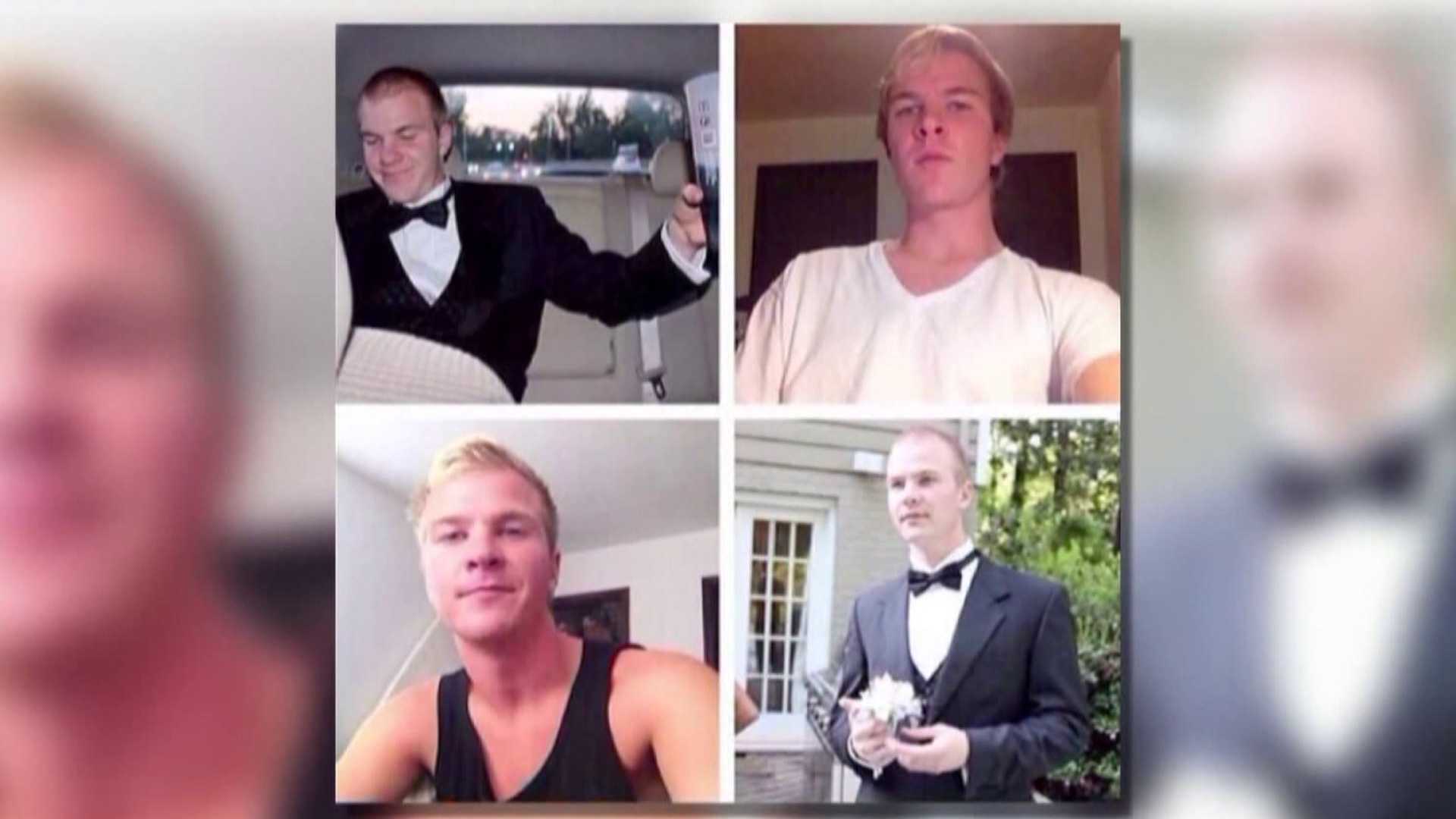 ODU students packed together in the cold, with candles lit in memory and celebration of their friend on Wednesday night.

“He had this unique sense of sarcasm and whit that will never be replicated. He would always use these stupid, silly phrases that were just hilarious,” Joey Thiel, a friend of Johnson’s who organized the vigil told WTKR.

“He died a hero,” Thiel said. “While Paul will always be in our hearts and minds, he has also enabled others to live in his stead.”

Paul Johnson's parents told WTKR that they were aware of recent violent attacks near ODU and warned their children to always keep an eye on their surroundings.

“Every time I picked up the newspaper and read about a young individual who has been murdered, I’ve always picked that up and said, ‘You know Therese, this could be our son,’” his dad admitted. “And all of a sudden, the numbers caught up with us and it’s our son this time.”

Johnson's parents said he did not know the suspect accused in the brutal attack and thanked police for their quick work with the arrests.

The Johnsons did not want to waste time talking about the men accused in the attack. Instead, Johnson's parents focused on sharing memories of their son calling him the loving antagonist who was were excited about his future at ODU.

When asked how they were holding up, the Johnsons credited their strong faith.

“Faith in the goodness of human kind and in God. Because I couldn’t be sitting here smiling talking to you today if I didn’t have that same faith that he’s in heaven,” Johnson's father said.

“Paul was one of the cast of characters in our family, and we love each of them for who they are. We have always enjoyed every opportunity to share in their lives. Like a lot of other college kids, Paul was hard working and trying to pay his way through school. He was full of hopes and dreams and great expectations, and he had the ability to realize those dreams. As parents, we were very happy with the direction of Paul’s life had taken at Old Dominion.

We really appreciate all of the people who cared enough to step forward and help identify the the two suspects, and we also appreciate how ODU and Norfolk Police briefed us every step of the way. We had no doubt there would be arrests in short order.

We underestimated what Paul meant to his friends, and the sincere compassion and outpouring from the student community was exponentially larger than anything I ever expected. This an international community, particularly where Paul lived and everyone who has come up to us and talked have genuinely cared about Paul, not just some appearance. I am so glad Paul had a chance to experience this environment.”

A memorial service for Johnson was held in Northern Virginia Friday morning.