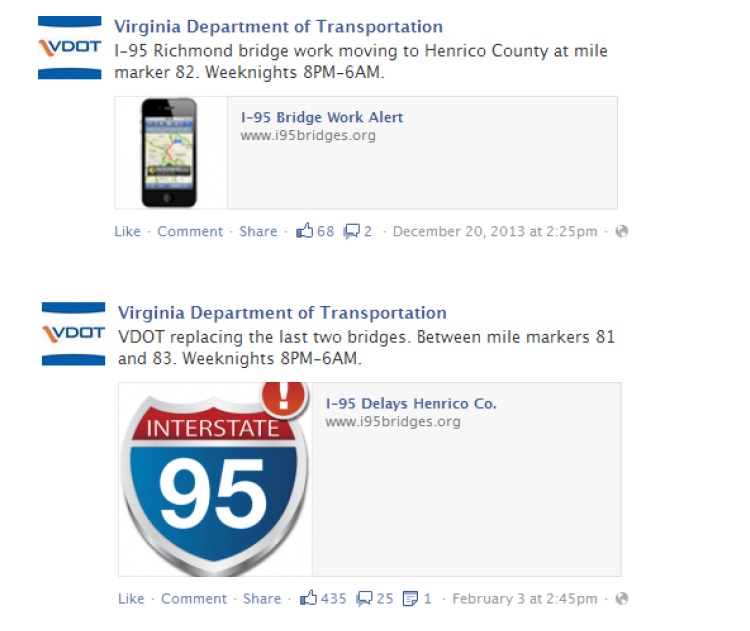 RICHMOND, Va. (WTVR) — The Virginia Department of Transportation is using ads on social media to spread the word about the massive I-95 Richmond bridge restoration project.

CBS 6 reached out to VDOT after spotting several Facebook ads this week.

The project-related ads have been seen more than 3 million times and received more than 77,000 clicks in 2013.

“Facebook ads are just one part of a larger, integrated campaign, which also includes collaborations with community partners like the Flying Squirrels, to help raise awareness about the project so that drivers are aware where construction is taking place,” LeGrand said in a statement.

LeGrand said a 2012 research study found that 85 percent of Richmond residents altered their route or time of travel based on VDOT messaging.