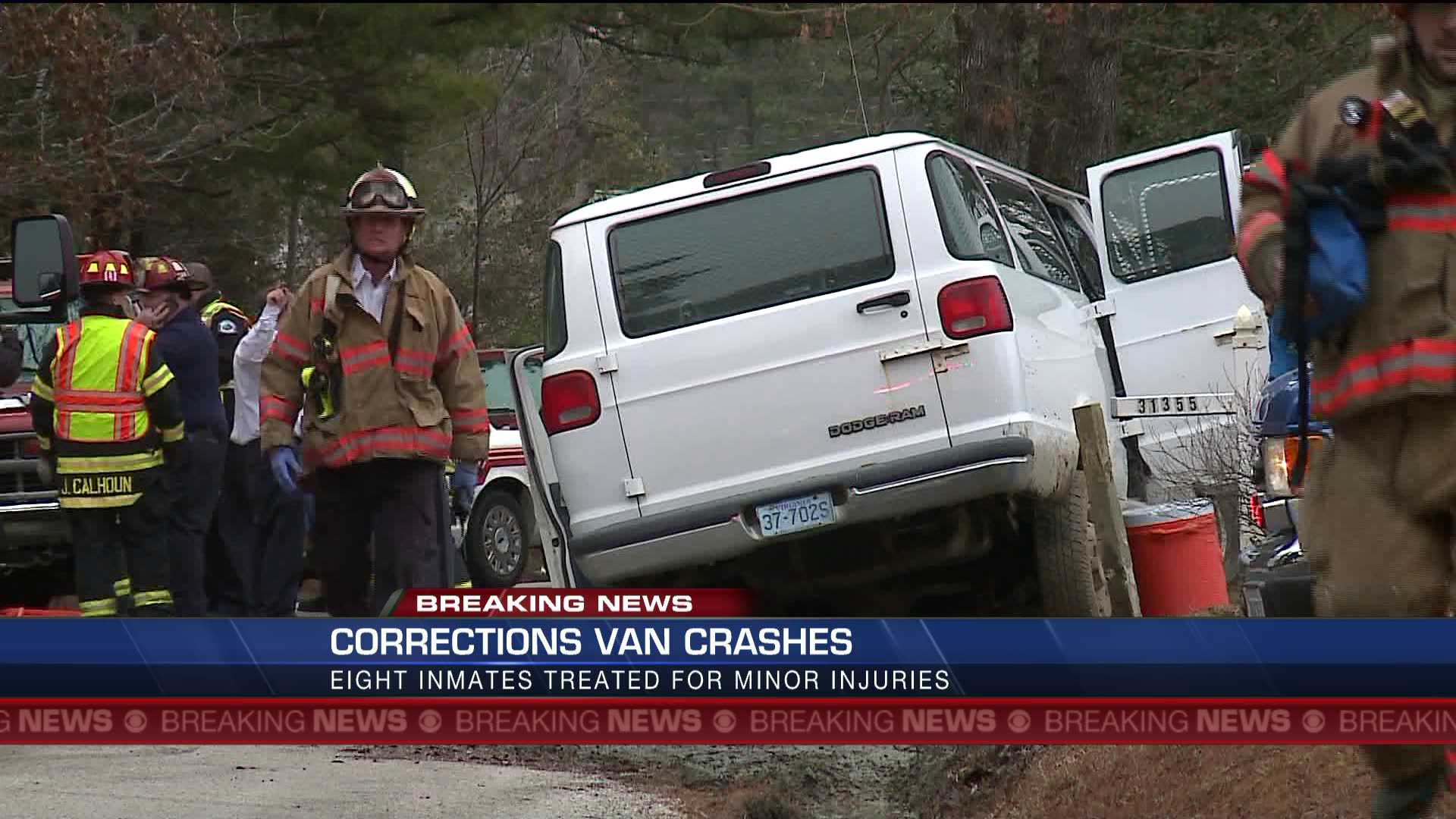 Sources said a driver and eight inmates were in the van when it slammed into an Oak tree at the end of a driveway on Old Dawn Rd. off Route 301 around 3 p.m.

A homeowner told CBS 6 News reporter Jon Burkett that she rushed outside when she heard a loud bang.

She said the driver told her to call 911 and not to worry because the inmates were non-violent offenders.

“Seven of the eight inmates that were on board suffered minor injuries and were transported to the hospital,” Virginia State Police Sgt. Thomas Molnar said.

The eighth inmate was treated at the scene for minor injuries, but not transported to the hospital.

The van’s driver was transported to Mary Washington Hospital with serious but non-life threatening injuries.

Burkett said Virginia State Police, as well as law enforcement and EMS crews from Caroline, Hanover and King William counties were on the scene as of 4 p.m.

The cause of the crash is under investigation.