Balut: The Filipino delicacy that makes the world squirm

(CNN) — Despite being an object of culinary fascination around the world, balut is no beauty queen.

The 18-day-old fertilized duck egg — a snack widely eaten in the Philippines — has revolted even the most daring foodies with its carnal textures, earning it lofty rankings on many a “most disgusting/strange/terrifying food” list.

While food journalists commonly label balut as the Philippines’ “much loved delicacy,” in reality Filipinos are decidedly split over their nation’s oft-sung snack.

The science experiment you eat

Acceptance of balut often depends on exposure at a young age, much like Vegemite in Australia.

In an apparent attempt to preserve the delicacy’s popularity among the country’s rapidly modernizing and discriminating palates, some schools in the Philippines introduce balut to young students during science classes.

Students use balut to study the anatomy of birds, then eat the compressed bird beak, veins and developing wings within.

“Our teacher made us eat the egg so it wouldn’t go to waste,” says Manila resident Anna Vecin of her ordeal.

“And if we didn’t eat it, we’d get a low score on that day’s lesson. Of course, I had no choice but to eat it.”

The experience can leave some with a lifelong aversion to the so-called national delicacy.

Even balut’s tamer cousin, penoy — an unfertilized duck egg billed as a less carnal option, given that it lacks the semi-developed chick within — can be hard to stomach. 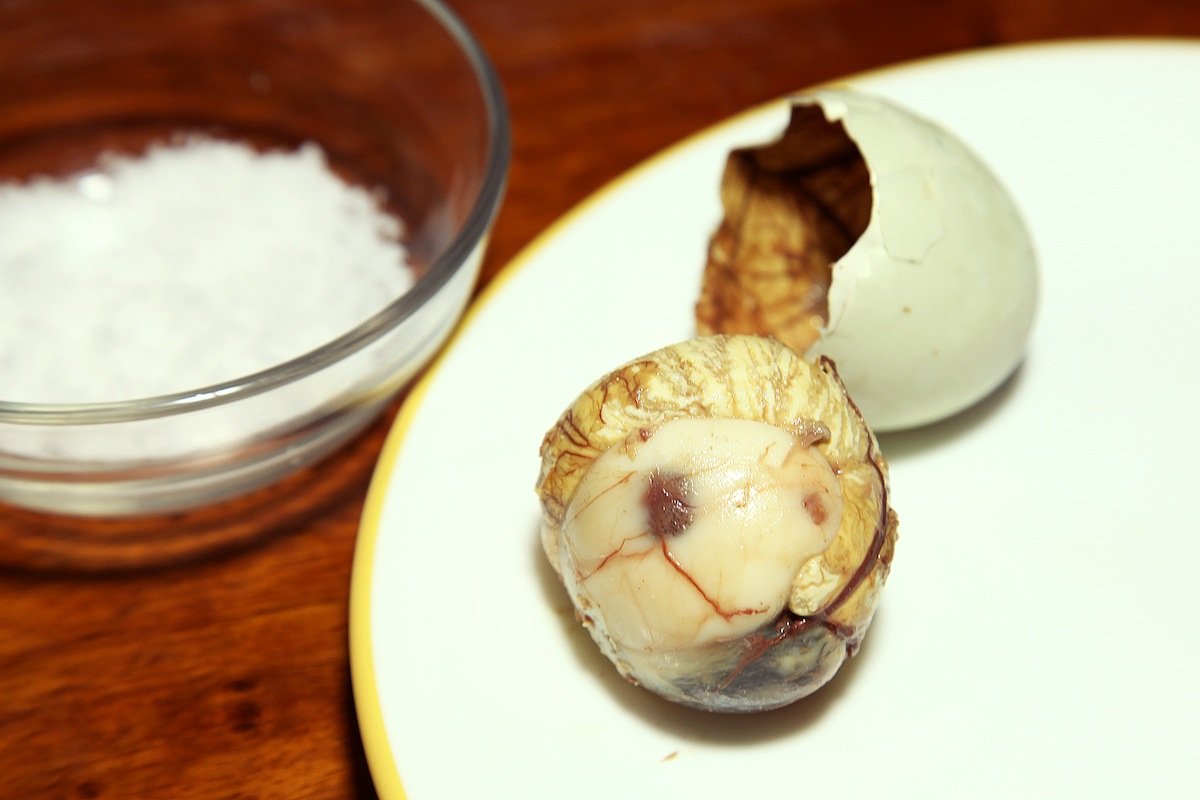 For others, balut’s combination of savory soup, fresh meaty bird and warm yolk is a revelation.

“My dad had a duck farm once upon a time in Binangonan, Rizal, so at some point growing up, we had a lot of them at home,” recalls Cheryl Tiu, a Manila-based writer.

“My mom’s parents always enjoyed eating it, thus it got passed on to her and her siblings, and then down to us. My favorite part is the soup. And then I dip the yolk in rock salt.

“Today though, I’m not sure if I can eat the whole chick anymore, unlike when I was much younger.”

The dish is particularly popular among Filipino families with ethnic Chinese backgrounds.

Balut is also widely enjoyed across numerous provinces in China, especially in the south.

Among these, it’s claimed balut can boost male fertility and libido.

Can’t make it to Manila?

Though balut is hard to find outside the Philippines, New York Filipino restaurant Maharlika offers the delicacy for $5 a pop.

Think you can do better?

The gallery above offers a few pointers on how to eat balut.