Girl hospitalized after falling through thin ice on Henrico pond

HENRICO COUNTY, Va. (WTVR) – A 9-year-old girl is hospitalized after falling through thin ice on a pond in Henrico County Sunday afternoon.

Henrico police and fire crews were called to a pond in a swampy area of the woods behind the Treehouse Apartments in the 5900 block of Queens Thorpe Ct. at 3:49 p.m. for a report of a girl who had fallen through the ice.

When units arrived about three minutes later, the child was still underwater. Several firefighters, who used a ladder to reach the spot where the girl fell in, managed to pull her out of the water.

Officials said the child was pulled out of the water within eight minutes, but said she was underwater for about 10 minutes.

Lt. C.J. Maurice with Henrico police said he believed the girl’s injuries to be life-threatening. At last check around 11 p.m., CBS 6 News was told the child remained in critical condition.

Police said late Sunday that the girl's family members had been notified and that foul play is not suspected.

Temperatures in Central Virginia were in the upper 60s on Sunday. With the fluctuations between frigid and warm weather, Maurice said children need to be supervised around bodies of water.

“Apparently there were other children that were nearby," Maurice said. "They were the ones that went and ran and got adults for help.”

Additionally, several firefighters were evaluated for exposure to the cold.  One firefighter fell into the swamp trying to rescue the child. 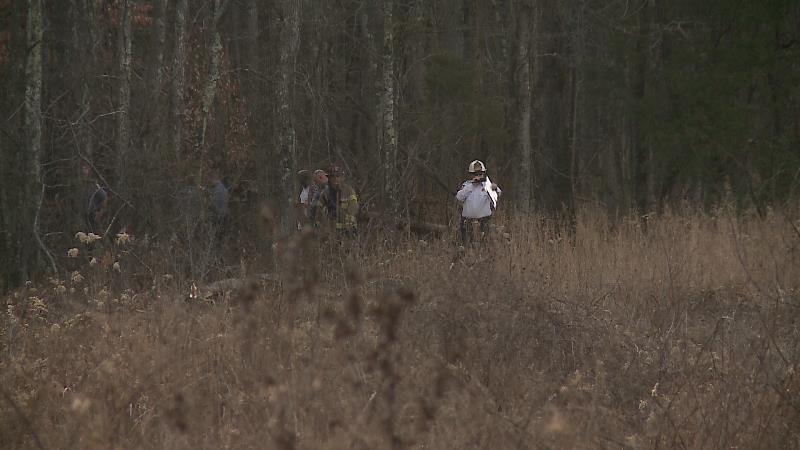