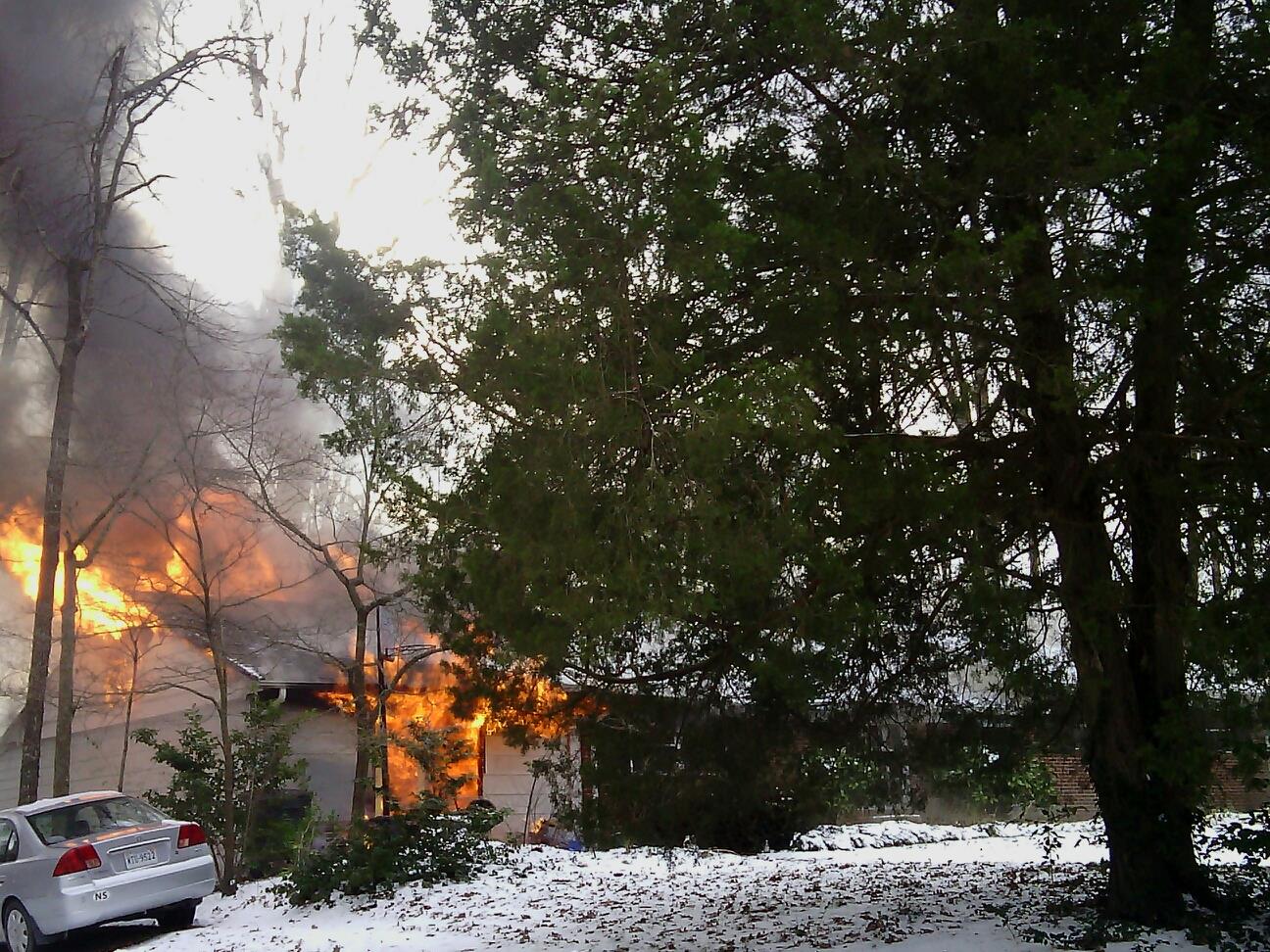 Henrico firefighters were called to the 9300 block of Wishart Rd. off Derbyshire Rd. around 3:20 p.m.

When they arrived, crews spotted flames shooting through the home’s roof. The blaze quickly moved across the home’s attic, burning away three quarters of the roof.

Officials said the flames were difficult to fight because the fire had been burning for a while. In fact, the roof was already starting to collapse when crews arrived.

A man, who was not at home when the fire broke out, was displaced and will stay with family in the area.

The Fire Marshall’s Office is investigating what sparked the blaze.

Crews did not report any issues fighting the fire due to the extreme cold.

Firefighters said cold weather makes fighting fires a challenge, but they put plastic bags on nozzles and connections on trucks to prevent freezing.