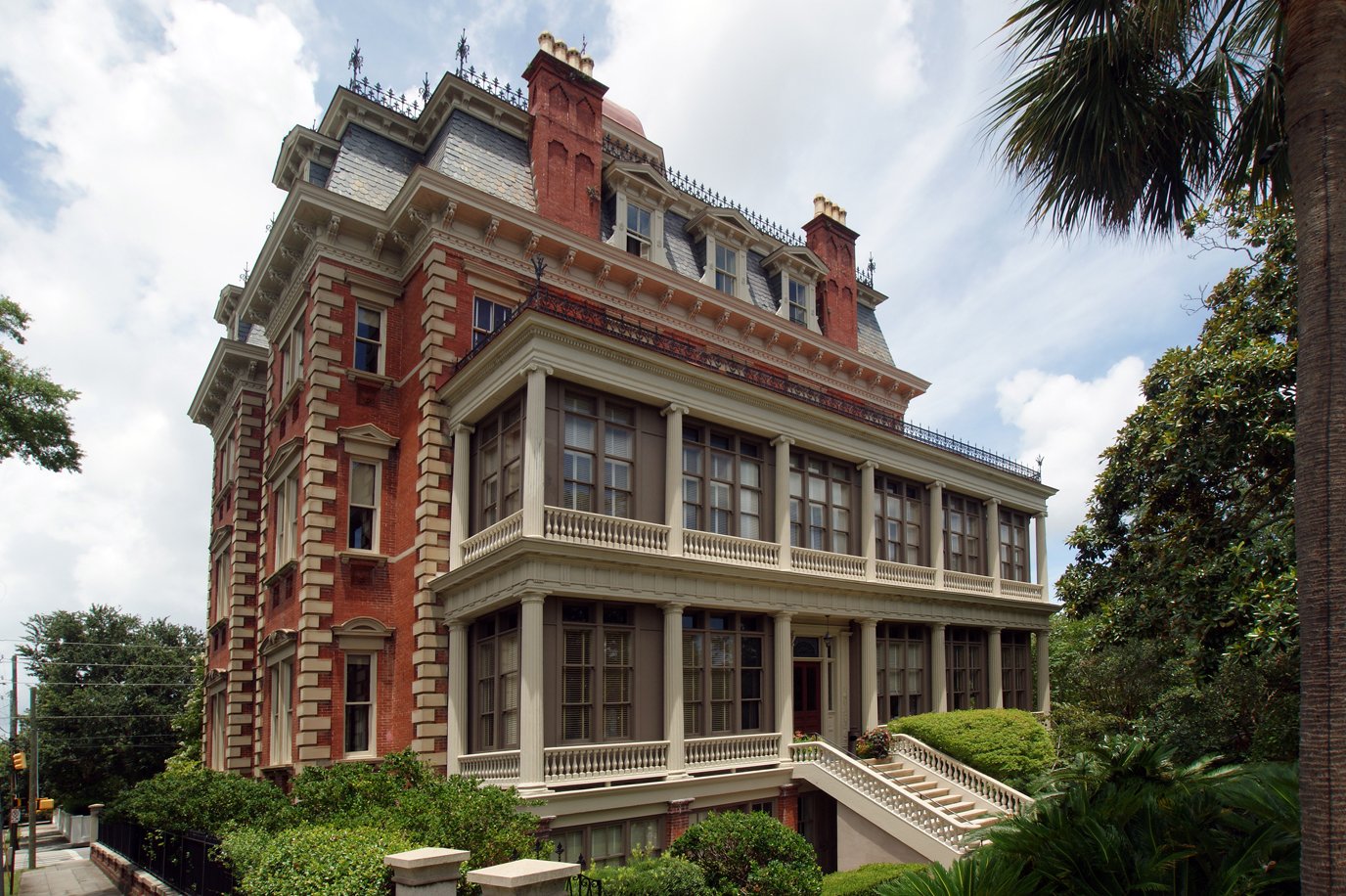 (CNN) — Ever dreamed of living in a grand house with 30-foot ceilings, a fireplace in every room and a backyard so big you need a map to find your way around? For the cost of a night’s stay you can, at these landmark estate hotels that were once the posh private residences of wealthy politicians, cotton barons and the like.

Here are eight magnificent mansion hotels across the United States that were once home sweet home.

New York Congressman John Winthrop Chanler and his wife Margaret Astor Ward’s 1873 home was the first to be built on what is now the famed Cliff Walk that runs along Newport’s eastern shoreline. Having hosted dignitaries like Henry Wadsworth Longfellow and President Theodore Roosevelt over the years, its rooms are now open to anyone who wants to experience its Gilded Age grandeur. Each of the 20 guest rooms captures a different theme or historical period, including English Tudor and Empire.

Dating to 1886, this 21-room, four-story property in historic downtown Charleston was built for wealthy Southern cotton merchant Francis Silas Rodgers, his wife and their 13 children. Though it’s been totally restored, guests will see many of the original details installed by architect Daniel G. Wayne, including Tiffany stained glass, pressed tin ceilings, crystal chandeliers and carved marble mantles. The former stables now serve as the hotel’s 1,000-square-foot spa, and the one-time carriage house has been converted into its four-star dining room.

Head 30 minutes north of Manhattan and you’ll come across this historic property that was once the residence of noted newspaperman and playwright General Howard Carroll. Carrollclifffe, as it was called upon completion in 1910, featured 45 rooms and was modeled after medieval fortifications in Wales, Scotland and Ireland. Though totally refurbished in early 2013, the integrity and Old World ambiance remain, visible in details like the intricately carved wooden stairways, hand-hewn oak beams and leaded-glass windows. For the full-on castle experience, reserve one of the tower suites, complete with wood-burning fireplace and turret alcove.

You’d never know it today, but the estate’s historic 1912 wing, originally christened Villa Crawford for its first owner, fell into serious decay and was boarded up for many years. That is until 1990, when Sir Bernard Ashley (the widower of famed designer Laura Ashley) bought the 600-acre manor with the intention of turning it into a “country house hotel” fit for a king. His subsequent $25 million makeover both modernized and upgraded the property, while maintaining its fundamental structure and design, and then he added antiques and artworks throughout from his own private collection.

Flush with riches from iron ore mining enterprises in Michigan and Wisconsin, Mary Hayes Chynoweth and her two sons had this expansive Mediterranean triple residence built in the early 1900s. The City of San Jose purchased the manse in 1985 and turned it into a conference center, later adding the 214 guestrooms now available for nightly guests. Take the self-guided walking tour of the property (pamphlets are available) and you’ll spy historic photos and visit various rooms where the family once dined, entertained, slept and attended daily worship services.

This lavish English Cotswold-style estate nestled amid the verdant Green Mountains was once the home of Allen Miller Fletcher, who, among other accomplishments, served as governor of Vermont from 1912 to 1915. It was not only the first home in the state to be fully wired for electricity, but also the first to boast its own elevator. Guests who check in here will see many of the property’s other authentic design features, from the wallpaper in the staircase that dates back to 1905 to the gneiss stone that was quarried onsite to construct the exterior.

About an hour southwest of the Castle Hill Resort and Spa is another mansion hotel, the Wilburton Inn. Sitting atop a hill on a plot of land rumored to have been won in a high-stakes poker game, the building was completed in 1902, as the country estate of Chicago industrialist and railroad manufacturer Albert M. Gilbert. Several owners and reincarnations later, the property now serves as a quaint and cozy retreat for travelers visiting this popular summer vacation destination. Current proprietor Melissa Levis claims it’s so magical here, they give guests magic wands when they check in.

The Berkshires. The name conjures up flannel-clad weekends spent antiquing and cross-country skiing. And there’s no better place to serve as your home base than this 380-acre resort that was once the Wyndhurst Mansion, built in 1894 for John W. Sloane, a relative of the Vanderbilts and owner of the furnishings house W. & J. Sloane. Sloane commissioned premier architecture firm Peabody & Sterns to design the “cottage” itself (cottages at that time were defined as secondary residences with a minimum of 30 rooms and 20 acres), and put Frederick Olmstead, the landscape architect behind Central Park, in charge of the gardens.