According to the Colonial Beach Volunteer Fire Department, multiple crews from around the area worked for hours to extinguish the blaze.

Dan Atkins shot cell phone video of the fire, which showed flames leaping into the air as high as fire crews’ ladder trucks.

"They had to move the ladder back to keep spraying the fire,” Atkins said.

He and other neighbors heard a loud boom around 4 a.m. Only minutes later, the building was nearly engulfed in flames.

Crews were able to contain the fire after several hours, but the damage was severe.

The building was being used for storage. Elementary students are currently housed in other buildings, which were not damaged, on the same site as the old school.

However, school board member Michelle Payne posted that the elementary school lost a significant amount of supplies stored in the building. As a result, any type of school supplies or office supplies, specifically copy paper, would be greatly appreciated. The school also hopes to be able to receive some tests sheets from neighboring school systems.

There has been no official word yet on what caused the blaze. Investigators from the Virginia State Police criminal division were called to the scene to look into the fire's origin.

The structure holds special memories for many in the town since thousands of students have passed through its hallways. Hundreds of folks from across the state came to survey the damage.

"I mean it's just such a landmark for the town. I started crying, and just all the people who were out here helping,” said Crythia Misicka.

Peggy Beasley, who took pictures of the building, pointed out the burned out room that was her mother's classroom for years.

Susan Mears-Willett, who graduated from the school in the 1950s, remembered running playing playing King of the Mountain on the nearby hills before they were leveled it.

Colonial Beach is a small town on the Potomac River with a population of about 3,000. 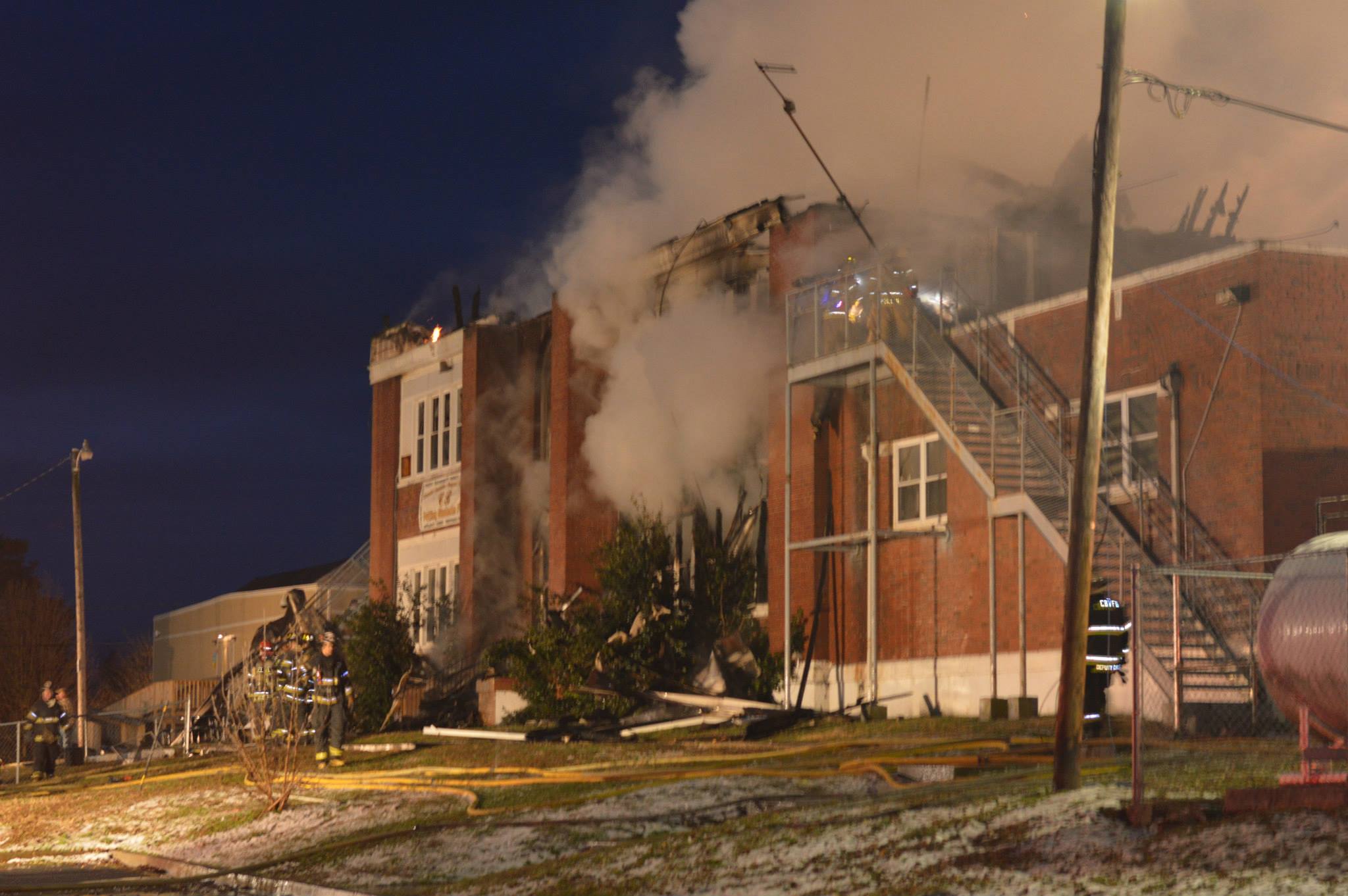