McAuliffe to sign gift ban on first day in office 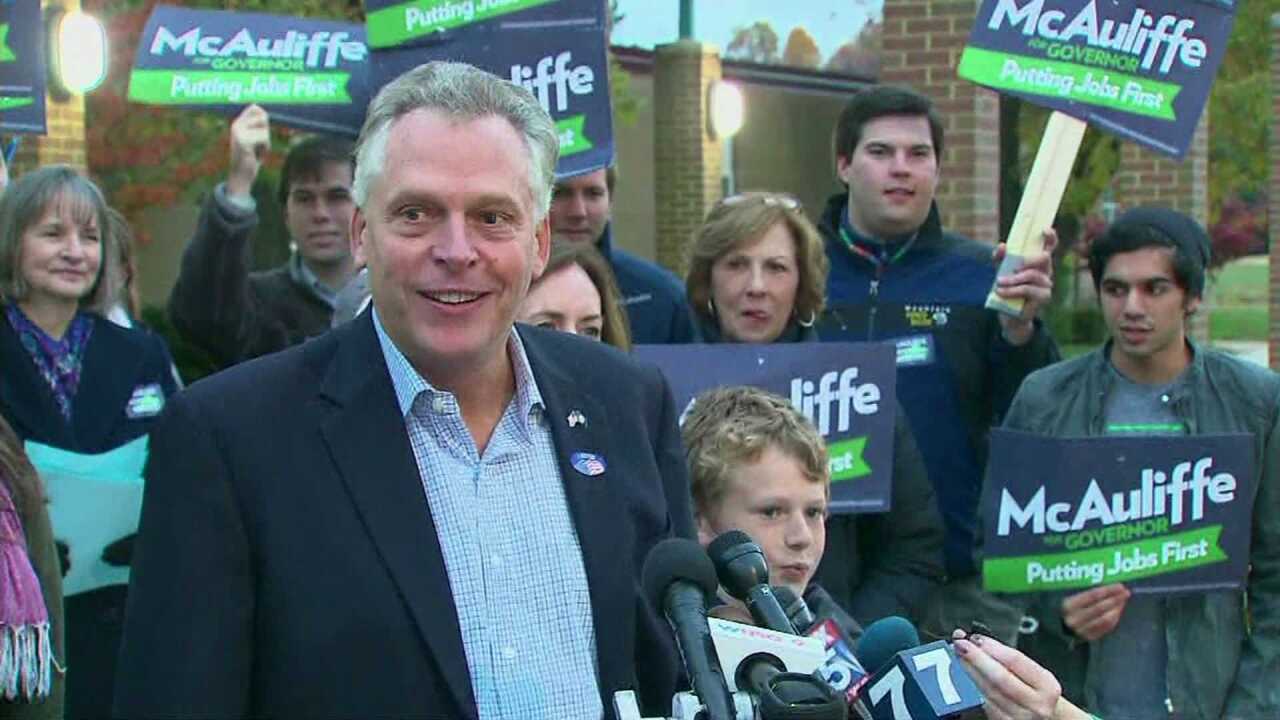 RICHMOND, Va. (WTVR) -- Governor-elect Terry McAuliffe will sign an executive order on his first day in office placing a $100 gift ban on himself, his family, and members of the executive branch, according to McAuliffe spokesperson Rachel Thomas.

In addition, the governor-elect wants to work with the General Assembly to reform ethics laws governing the legislature.

“The governor-elect plans to work with members of the General Assembly to cap the value of gifts public officials and their staffs can receive, strengthen penalties for violating disclosure laws, and establish an independent ethics panel to hold public officials accountable,” Thomas wrote in an email.

Moreover, legislators on both sides of the aisle told CBS 6’s Melissa Hipolit we can expect changes from them to Virginia’s gift giving laws in 2014.

“There will be discussion in the 2014 session about ethics,” Delegate Rosalyn Dance, (D-63rd District) said.

“There is interest in both houses and both parties to do ethics reform in Virginia,” Delegate John O’Bannon, (R-73rd District) said.

Dance and O’Bannon said the time is right to reform Virginia’s ethics laws to make sure legislators do not cross the line.

“Daily this is something we deal with. We have to have the internal values that says this is not right and we cannot do this,” Dance said.

“When you get in that arena down there it’s really a different world…everybody laughs at your jokes...everybody makes a lot of you, so there is the risk of influence,” O’Bannon said.

But, political analyst Dr. Bob Holsworth wonders just how far the legislature is willing to go.

“Will we find at the end of this session that all of the sudden legislators can’t go out to dinner with lobbyists or have to pick up their own tabs…those kinds of questions are going to be ones the legislature is going to have to deal with,” Holsworth said.

O’Bannon said we may see limits on gift giving, along with more clear definitions for gift giving friends and family members, but he said they need to be reasonable.

“If you look at the federal standard, there is a complete prohibition against any donation, I don’t know if we want to make it a crime to have a lobbyist buy a legislator a cup of coffee,” O’Bannon said.

Still, Dr. Holsworth said we can expect changes in the new year.

“They recognize that the laxity of the rules that we now have in Virginia make us too vulnerable to corruption, and they’re going to have to do something about it,” Holsworth said.