A CBS 6 viewer sent in photos that showed the intensity of the fireball that ravished Tracy Owens' grandmother's old home.

"That house has many memories from my childhood to adulthood," Owens said, who was raised in the home and now lives in the home next door.

Owens said she had just returned from church around 2 a.m. when she thought she heard rocks pelting her window. When she went to investigate, Owens noticed an orange glow and then realized her grandmother's home was on fire.

She quickly worked to wake up her two daughters and her four-year-old grandson, who suffers from leukemia, that were all in a different part of her home.

"They probably would not have heard it," Owens explained. "My kids would have probably perished in this fire if I had not come home."

Jones said they believe the building was vacant when the fire broke out, but plan to bring in a cadaver and arson dogs to sift through the rubble to make sure no one was inside and to rule out any foul play.

The Red Cross is now assisting Owens' family because her home suffered some damage.

Owens' car also started melting in some places because it was so close to the house. 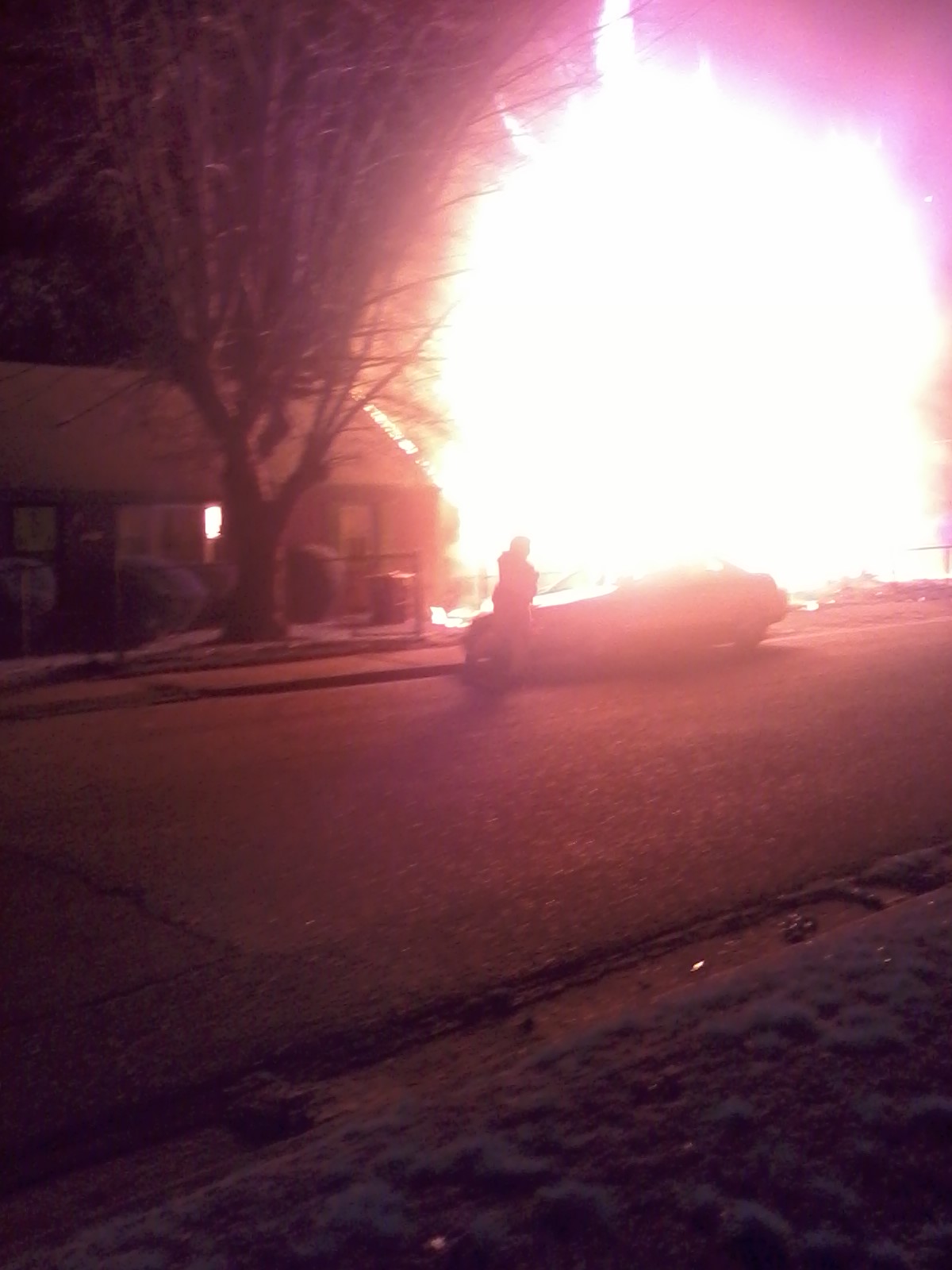