(CNN) — Some people like Christmas. Some people love Christmas. And some people are so overcome by their love for the holiday season they decorate homes, gardens, even their vehicles in decorations so spectacular you have to worry about their energy bills.

CNN asked people across the world to send in the most stunning and outrageous Christmas displays they had seen. We received submissions from the Dominican Republic to Russia, all of which displayed the inventiveness of people during the holiday season. 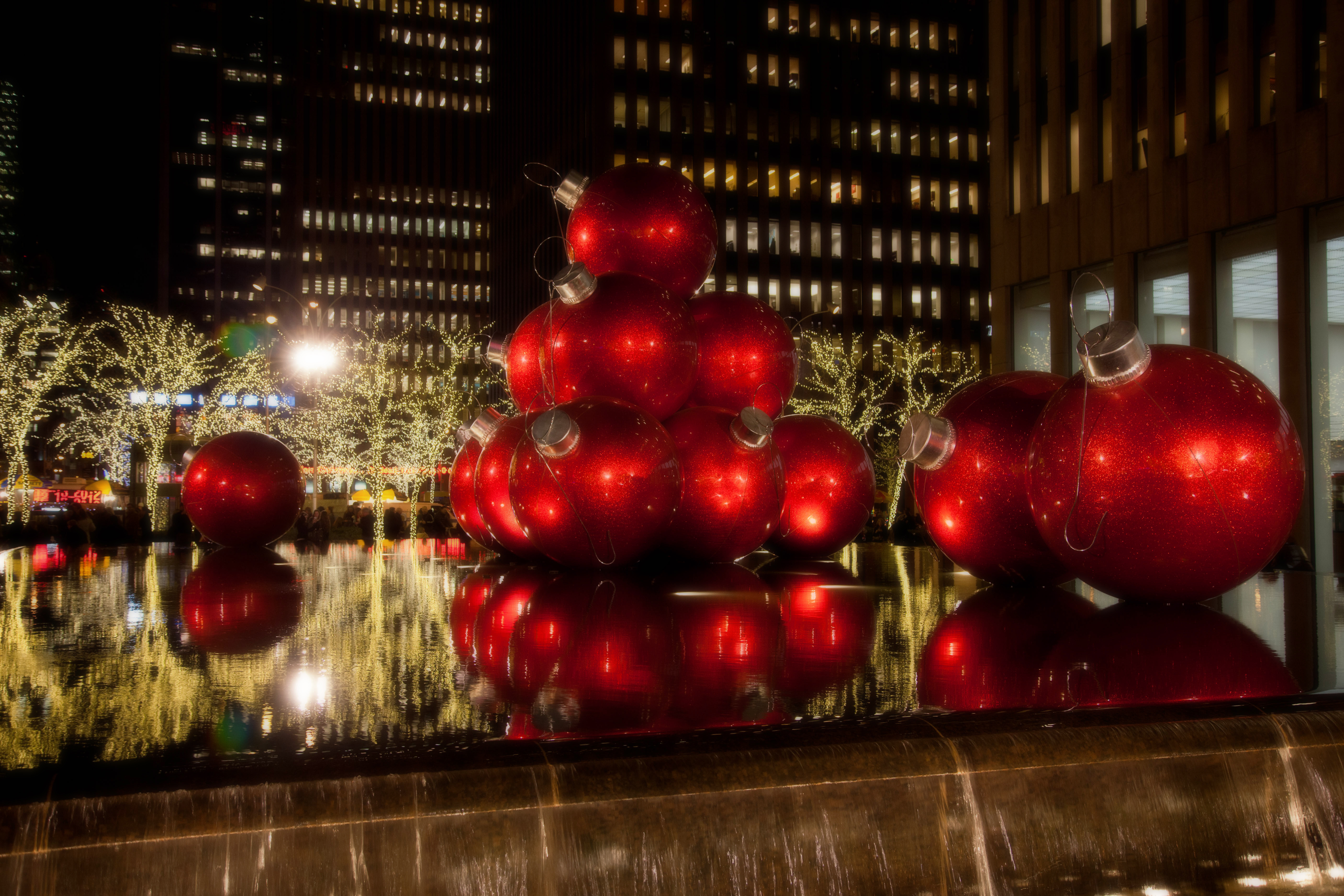 The U.S., of course, is where outrageous Christmas displays have been elevated to an art form. Robert Ondrovic’s image of his neighbor Kevin Lynch’s house in Queens, New York, shows a house so festooned with lights and decorations it’s hard to make out the front door. Lynch, a retired firefighter, reportedly used more than 300,000 lights and 350 figurines.

“I was amazed at the display, including the total amount of lights and figurines,” Ondrovic said. “Plus, Kevin plays Christmas music outdoors.”

But the U.S. now faces stiff international competition. In the Philippines, where Christmas celebrations are taken so seriously they begin in September, the light displays are so bright they seem like they could be visible from space. iReporter Marlo Cueto took some stunning images of families enjoying a beautiful light show in Pasay City.

“I think the show’s significance is to make people feel the excitement and happiness of Christmas in the middle of a busy district,” he said. “It brings people together, friends and families.”

Meanwhile in the Caribbean, Misael Rincon sent in a series of colorful, Day-Glo shots of Christmas decorations in Santo Domingo, Dominican Republic. But while the decorations are playful, the sentiment behind them rings true for Misael.

“[Christmas is] a moment to share with family, the arrival of loved ones who are living outside the country,” he said. “[It’s about] love, faith and hope for the coming of God in a humble manger.”

Of course it’s not just homes, stores and public spaces that benefit from a sprinkling of tinsel and fairy lights — many like to deck out their vehicles as well. Paul Tamasi, from Cambridge, Vermont, spotted this decked out truck festooned with lights and couldn’t resist taking a quick shot.

“I saw this this truck drive by my restaurant,” the pizza parlor owner said. “I jumped in my truck and followed it until I saw it make a stop. My hands got pretty cold capturing it!”

And decorations don’t have to be massive to have an effect. Daniel Incandela started collecting quirky Christmas tree ornaments three years ago. A “Star Wars” Stormtrooper with a Christmas hat is one of his latest finds to festoon his Christmas tree. “I have a fair share of decent Christmas decorations that range from Robots to a Harrods Bear to Elvis,” he said proudly.

At times the lights can serve a better, brighter purpose than merely entertaining the public. In the Philippines, Richelle Jagonia-Rivera captured a beautiful shot of Christmas lights in Tangub City, said to be the Christmas capital of the country’s northern Mindanao region.

Coming from a country still recovering from the catastrophic impact of Typhoon Haiyan, the lights for her were a reminder that the country can still celebrate the festive season.

“There will always be Christmas spirit in the Philippines, no matter how many calamities have had hit the country,” she said. “The Philippines has the festive spirit with hospitality at its best.”