Doctors save hand by attaching it to man’s calf

(CNN) — A worker operating a machine in a family workshop in China accidentally cut off his hand — which doctors were able to save by grafting it onto his ankle.

The worker, Xie Wei, said he was initially unsure if his right hand could be saved, but he thought it was worth a try. The hand went without a blood supply for many hours while Xie searched for a hospital that could perform such a surgery. 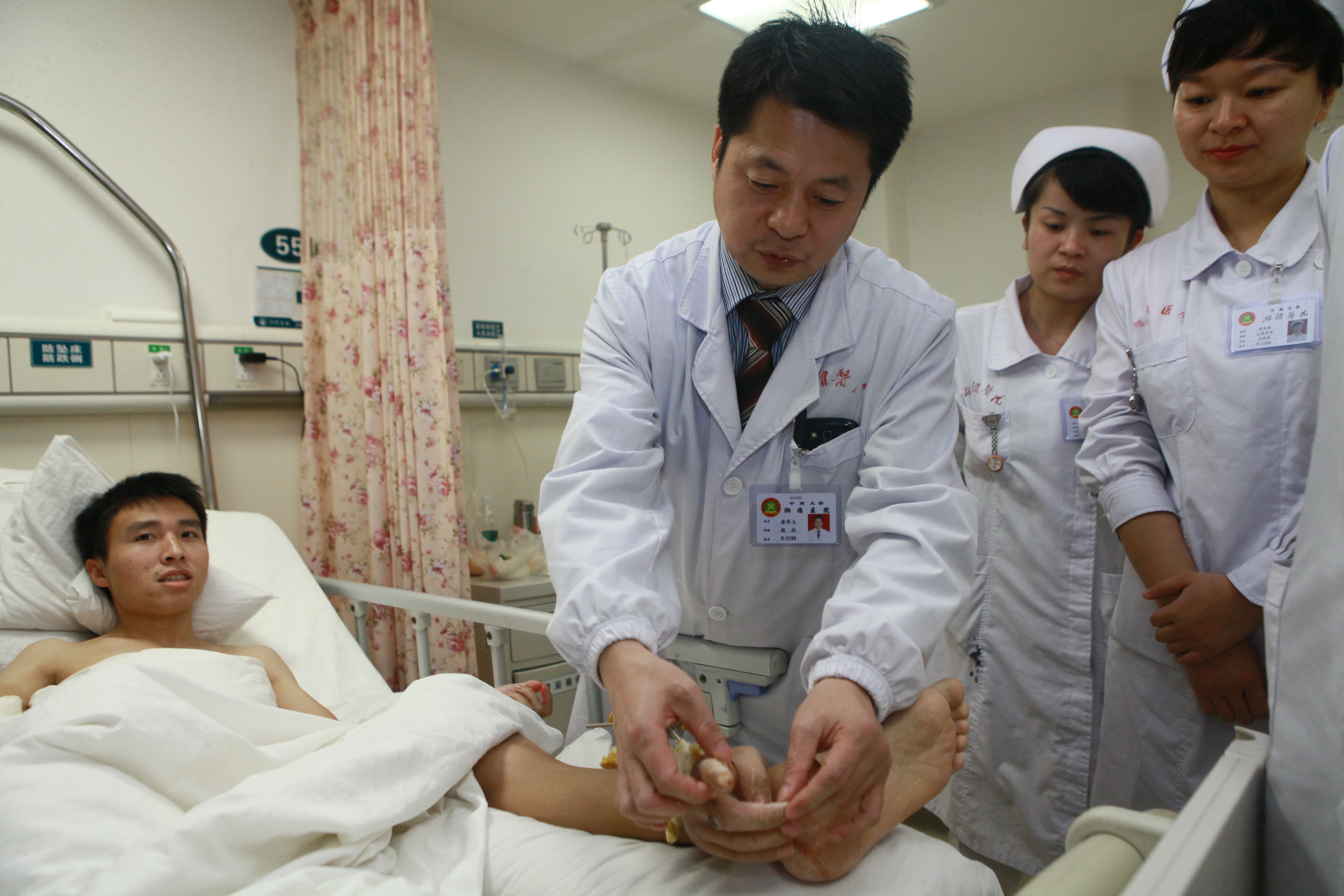 Xie said that he went to local hospitals near the factory first, but he said they told him they “did not have the skills to help.” Eventually he found a hospital about two hours away where doctors believed they could do it.

Xie kept his hand in a plastic bag at first, then stored it in a cooler of ice. In total, it took about seven hours to get to a doctor who could help.

The doctor, Dr. Tang Juyu, is a specialist in difficult tissue and wound repair cases. Before Xie went into the operation, Tang told him he was optimistic and predicted he would regain the use of his hand, according to Xie.

Tang decided the best way to save the hand was to attach it to Xie’s calf where there was a good blood supply. The hand would need to stay there until Xie’s arm could fully heal.

Tang believes there have been about 20 such cases in all of China and all of them have been successful. There is no data, as only case studies have been performed.

Tang said in a similar operation in 2004, he grafted a hand onto a patient’s belly. That operation was a success.

When Xie woke up from the operation he said he was surprised to find his hand on his calf. He says his first reaction at the time was to think it was “unbelievable” and “weird.”

The hand itself felt warm, he said, but it was numb since no nerves were connected and only blood vessels were attached. His leg felt no different, he said, but was “heavier than usual.”

After about a month his arm was better healed, and he had another surgery where his hand was reattached.

Tang says this second stage of the operation is actually more challenging, but everything went smoothly.

Xie has recovered without complications and has been discharged. He is currently resting at home.

He said he can twist his wrist to a certain degree, but doesn’t have full movement with his fingers, at least not yet. Doctors told him a full recovery for the nerves in his hand should take about six months.

Xie said he isn’t sure what his future may bring. Today he is concentrating on recovering fully. The factory did pay for his operation, which cost about 300,000 Chinese yuan, or about $49,400.

Most of all, Xie said, he is thankful to doctors for “living up to their promise” that they would be able to reattach his hand and make it functional again.