Peter O’Toole, ‘one of the giants of film and theatre,’ dies at 81

O'Toole's first major film role in the title role of T.E. Lawrence in "Lawrence of Arabia" in 1962 was "absolute genius," British film critic Richard Fitzwilliams told CNN. It earned him the first of eight Academy Award nominations and propelled him to world stardom.

"Ireland, and the world, has lost one of the giants of film and theatre," Irish President Michael D. Higgins said in a statement.

Born in Ireland and raised in England, O'Toole's acting career began on stage in England as a teenager, moving later to television roles in the 1950s and then the big screen.

"His family are very appreciative and completely overwhelmed by the outpouring of real love and affection being expressed towards him, and to us, during this unhappy time," daughter Kate O'Toole said in an written statement. "Thank you all, from the bottom of our hearts."

O'Toole had "been ill for some time," his daughter said.

"In due course there will be a memorial filled with song and good cheer, as he would have wished," she wrote. "We will be happy to speak to you all then but in the meantime if you could give Peter O'Toole the respect he deserves and allow us to grieve privately we'd appreciate it."

"On stage and screen, if their function is to reflect the human condition, then O'Toole did it absolutely brilliantly with his highs and lows and his remarkable ability to convey emotion," Fitzwilliams said. "He was so expressive, and his great triumph was undoubtedly 'Lawrence of Arabia.'"

O'Toole's portrayal of Lawrence was followed in 1964 by the role of King Henry II in "Becket," opposite Richard Burton as Thomas Becket. Both men were nominated for the best actor Oscar for the film, but both lost.

The pattern of Oscar nominations, but no statuettes, for O'Toole is unmatched. "Always the bridesmaid, never the bride," he once said.

GoldDerby.com writer Tom O'Neil said it was one of Hollywood's biggest mistakes, but that O'Toole took the oversight in stride.

O'Toole was nominated for the best actor Oscar again for playing Henry II opposite Katharine Hepburn in the 1968 film "The Lion in Winter."

His fourth Oscar nomination came in 1969 for the role of a shy English school teacher in "Goodbye, Mr. Chips."

Although his portrayal of the 14th Earl of Gurney in the 1972 movie "The Ruling Class" was nominated for best actor, Fitzwilliams cited it as an example of O'Toole's overacting.

"He was an actor, admittedly, of uneven merit, but what you had was this phenomenal life force, almost a wayward genius," Fitzwilliams said.

O'Toole's battle with an alcohol addiction hampered his career in the 1970s, but he staged a comeback with his 1980 leading role in "The Stunt Man." It brought him a sixth best actor nomination from the Academy.

He mocked his own image as an over-the-hill, alcoholic matinee idol in "My Favorite Year" (1982). He was again nominated for best actor but did not win.

O'Toole was presented an honorary Oscar by Meryl Streep during the 2003 Academy Awards. The engraving on the gold statuette reads: "Whose remarkable talents have provided cinema history with some of its most memorable characters."

But he was not done. He was also nominated for the best actor Oscar for his role as an aging, out-of-work actor obsessed with a young woman in the 2006 film "Venus."

He acknowledged in 2012 that his acting career had ended, bidding a "profoundly grateful farewell" to the industry. 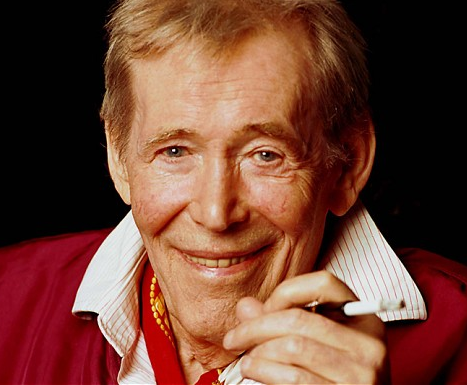