WAVERLY, Va. (WTVR) - A Virginia man survived after an Amtrak train traveling nearly 80 miles an hour hit his car as he drove over train tracks on Main Street (Route 40) in Waverly, Virginia.

Alcohol is a factor in the crash, she added.

Drew's car was an old police car auctioned off to a private citizen, Sgt. Anaya said.

"The tracks have been cleared," Patterson tweeted from the scene about 8:50 a.m. "Norfolk Southern workers on hand now." 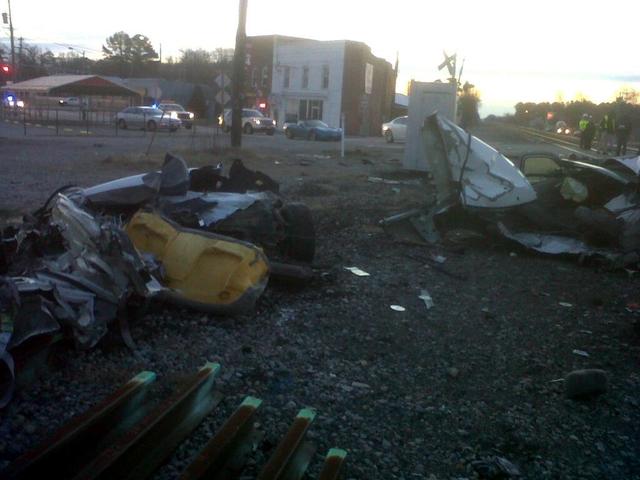 "Northeast Regional train 174, operating from Norfolk to Boston, struck a vehicle at 5:57 am in Waverly. There were no reported injuries by any of the 46 passengers," Amtrak spokeswoman Christina Leeds wrote in an email. "The train will continue on when released by local authorities."

There have been 21 collisions and one fatality at railroad crossings in Virginia this year.