The man handed the teller a note and never showed a gun, police said. The Dec. 4 crime happened about 4:45 p.m.

“Detectives believe he may also be the same man who robbed the SunTrust Bank at 3022 W. Broad St. at approximately 3:36 p.m. on Nov. 21,” police wrote in an email. “During that robbery, the suspect passed the teller a note demanding money and did not display a weapon.” 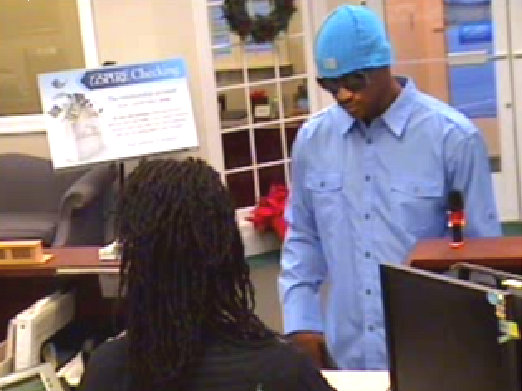 “The suspect is described as a black male, approximately 20 to 30 years old and approximately 6’4” to 6’5.” He was last seen wearing blue jeans, a blue shirt and white sneakers,” police wrote in an email.