Concerns over the length of yellow lights in metro-Richmond 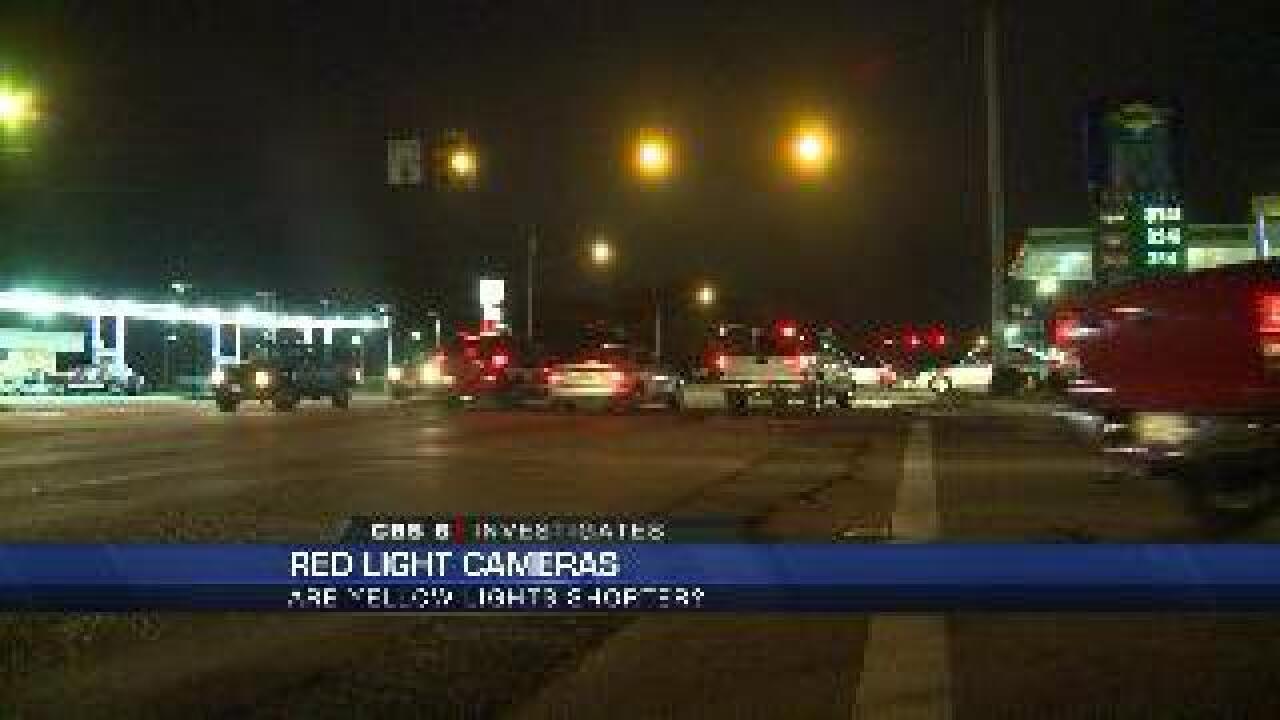 RICHMOND, Va (WTVR)- The first ever red light cameras are now operating in Richmond, but drivers who frequently drive through the intersection at Elkhardt and Hull Streets tell us they are concerned about the length of the yellow light at that intersection.

CBS 6 researched and found out those concerns have sparked controversy in several other parts of the country.

In fact, a WTSP reporter in Florida uncovered that the state helped reduce yellow light lengths at intersections with red light cameras.

However, a spokesman for the City of Richmond told us the city follows strict federal and state guidelines when programming the length of its yellow lights.

Still, local traffic attorney, Joseph McGrath, who is also a member of the National Motorists Association, told CBS 6 that drivers need to be aware of the issues with yellow lights and red light cameras in other places.

Driver Shaquim Knight worries the new red light cameras in Richmond will cause more people to react and brake suddenly.

“The yellow light is not letting us have enough time to go past it,” Knight said.

Knight said she recently had an experience where she was quickly approaching the intersection at Hull and Elkhardt when the green light turned to yellow.

“I thought it was a little too soon for the yellow light to come so I had to brake and I could have caused an accident right behind me,” McGrath said.

A 2007 study about the impact of red light cameras on crashes seems to support Knight’s concerns.

“You may be forced to go through the light for your own safety…I think that’s where the tickets are going to come from,” McGrath said.

Knight might think that is quick, but according to VDOT, yellow light times in the state typically fall between three and six seconds.