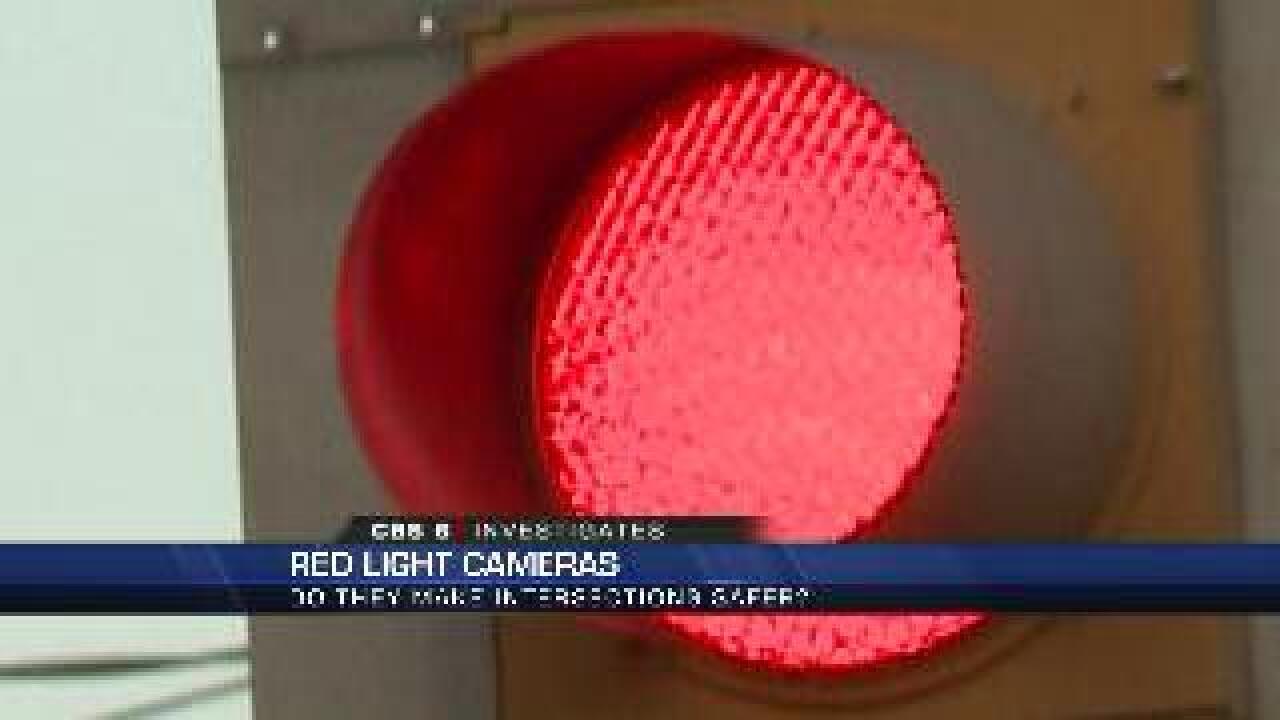 RICHMOND, Va. (WTVR) -- Several attorneys in the Richmond-area are raising concerns about new red light cameras in use at the intersection of Elkhardt and Hull Streets in South Richmond.

Police installed the new red light cameras in January, but they were not activated until Monday.

“You have the right under the constitution to confront your accuser, and you are innocent until proven guilty, and I think this kind of turns that upside down,” Hartz said.

Hartz helps drivers fight tickets issued by red light cameras, but said because those tickets do not add points to your license and cost just $50 each, drivers do not often dispute them.

“Do you want to spend money on an attorney to fight it?” Hartz asked.

Still, Hartz said her clients have viable challenges to the tickets. Many clients tell her they were not the person driving when the camera took a picture.

“It seems to be there are a lot of people that lend their cars out, and there are various members of the family that drive them during different times of the day,” said Hartz.

Hartz is also concerned by the results of conducted back in 2007 by Virginia Department of Transportation’s research arm. The study looked at the impact of red light cameras on crashes in Virginia.

In the study, researchers did find the cameras reduce angle or side impact crashes caused by red light running by 42 percent. However, the study also found rear end crashes increased by 27 percent.

“So how many more accidents are you preventing, or are you just changing the way the accident happens?” Hartz asked.

The Executive Director of the American Civil Liberties Union of Virginia, Claire Gastanagam, also has privacy-related questions. She wonders who might gain access to the information once it’s collected.

“We don’t know where that data goes, who keeps it, and what it’s used for later on,” said Gastanagam.

Combine that data with data collected through other new forms of technology, and the ACLU of Virginia said the result could be even more frightening.

“Developing a whole algorithm to marry that with data from automatic license plate recognition, and data from drones, eventually and pretty soon, we have an algorithm…do you ever watch 'person of interest?'” asked Gastanagam.

The first 30 days for the new red light cameras will be used as a warning period.

Sensors trigger the system when the light turns red, according to police. If a vehicle runs the light, a series of photos is taken of the vehicle and its license plate. Tickets are mailed to the address listed to the vehicle.

The tickets can be contested in court, and photos of the incident are available online before the scheduled court date. The fine is $50.