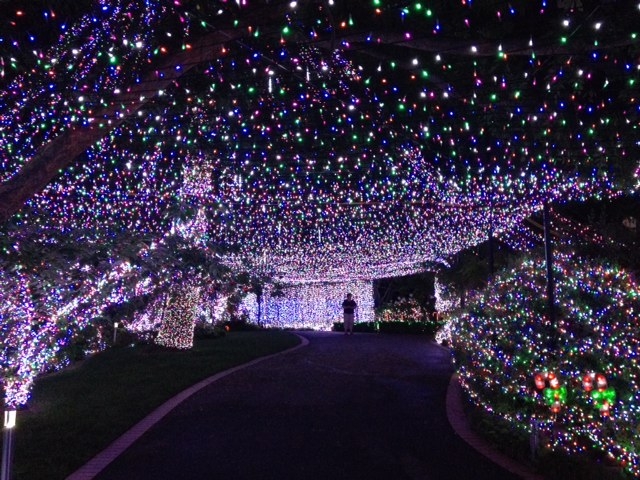 (CNN) – For David Richards, the holiday season is about joy, good cheer and smashing a Guinness World Record.

The lawyer and his family strung more than a half a million bulbs around their house in the Australian capital city of Canberra to reclaim the title for lights on a residential property. In case you’re wondering, that’s 31 miles of lights.

Richards has been the champ before. He set the world record in 2011 with 331,038 lights, but decided not to do it again because the display took months of In 2012, the Gay family in Lagrangeville, New York, snatched away the title with a display of 346,283 lights.

Richard rose to the challenge. He not only wanted to take back the record, he wanted to “smash it” so it would stand for a long time.

Guinness didn’t count each and every bulb. The record was authenticated with sales receipts and by counting LED bulbs spaced among the half million lights, Richards said.

The family takes donations from thousands of people who jam the neighborhood to view the lights. Two years ago, they raised $78,000 for SIDS (Sudden Infant Death Syndrome) and Kids ACT.

That money helped hire two new counselors for families who have lost a child to SIDS. Richards hopes to earn $100,000 this year.

“That’s our motivation,” he said.

Richards and his wife, Janean, lost a child to SIDS a decade ago, he said. They have three children, ages 13 to 6.

Richards started the project in October and puts in hours before and after work and on weekends.

“I got the last bulb up last night just before Guinness arrived,” he said Monday.

“MOST CHRISTMAS LIGHTS ON A HOUSE – OVER HALF A MILLION!” blared the headline on the Guinness website after it verified the feat.

The Richards’ house is the former Japanese embassy and has a wide driveway circling in front, he said. Richards built a canopy over the driveway and overlaid it with the lights.

“It’s like walking through a tunnel of lights with synchronized music,” he said.

The family’s monthly electric bill is expected to swell by $2,500, with the local electric company handling the cost by using renewable energy.

Richards wouldn’t say how much he’s spent on lights, just that it’s less than the event brings in for charity.

“Even my wife doesn’t know,” he said, “and if you ask her she’ll say she doesn’t want to know.”