COLONIAL HEIGHTS, Va. (WTVR) - The Virginia Department of Transportation (VDOT) has determined a weekend fire inside one of its buildings did nearly $3 million in damage.

"Damages to the 15,000 square foot building and equipment would cost approximately $2.7-2.8 million to replace," VDOT spokeswoman Dawn Eischen said. "We have not yet determined what items we will replace or how we will replace them."

Investigators are still working to determine what sparked the large, two-alarm fire inside the building.

The fire burned one of the VDOT faculty maintenance buildings along the 2400 block of Pine Forest Dr.,  according to Eischen. That is near the agency's main headquarters in Colonial Heights near Chester. The fire was reported about 11:30 Saturday morning.

"The building suffered a roof collapse, about three quarters of the building has no roof at this point. We are still hitting hot spots and trying to extinguish those areas,” Chesterfield Fire and EMS spokesperson Lt. Jason Elmore said hours after the fire. 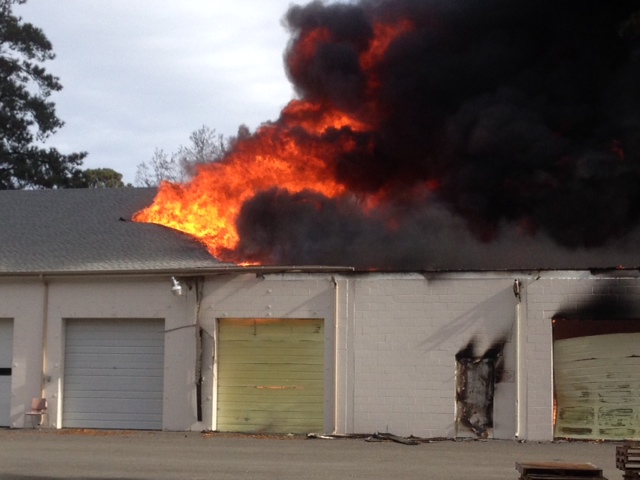 As a precaution, Lieutenant Elmore said firefighters stayed outside of the perimeter.

"We're always taking those extra precautions,” Elmore said. “We make sure that we park the Apparatus in ways that will keep us safe and the property safe.”

Eischen said the building is usually vacant on the weekend.

"We don't normally have workers that are in this facility on the weekend, unless we're in some sort of emergency mode for snow or something like that."

However, the building was used to store maintenance vehicles, administration files, highway signs and archive documents. Four of the vehicles have been destroyed in the fire.

Although the building was destroyed, Eischen told CBS 6 the fire will not hinder VDOT’s response to weather events.

VDOT is still assessing the cost of the damage.

"Once we've assessed the damage, we will begin rebuilding the structure and recovering losses." Tom Hawthorne, District Administrator for VDOT, said.