RICHMOND, Va. (WTVR) - Richmond Mayor Dwight Jones confirmed what many had suspected for months - even years - he will lead the charge for Richmond to build a minor league baseball stadium in the historic Shockoe Bottom neighborhood.

"We want to develop a downtown identity that renews the passion and pride of our residents, that rekindles the desire of people throughout the region of explore downtown. We want an identity that will attract people and businesses to fuel the future of our city," Mayor Jones said at the beginning of his 23-minute opening remarks.

The mayor made his pitch for a new stadium standing where home plate would sit, if his plan becomes reality. The mayor said he hoped the 7,200-seat stadium would be ready for baseball in 2016.

"The Diamond is crumbling. Our neighbors in the counties have said they can't help replace it. We already have lost one team because of it. I am here today to say we're not going to lose another team," the mayor said. "My job as mayor is to move Richmond forward and not to leave anybody behind."

The Richmond Braves famously left town in 2008 when the city failed to come together to build the team a new stadium to replacing the aging Diamond. When the Richmond Flying Squirrels arrived in 2010, they too publicly pleaded for a new stadium. The Diamond, which opened in 1985, has undergone several renovations in an effort to extend its life. 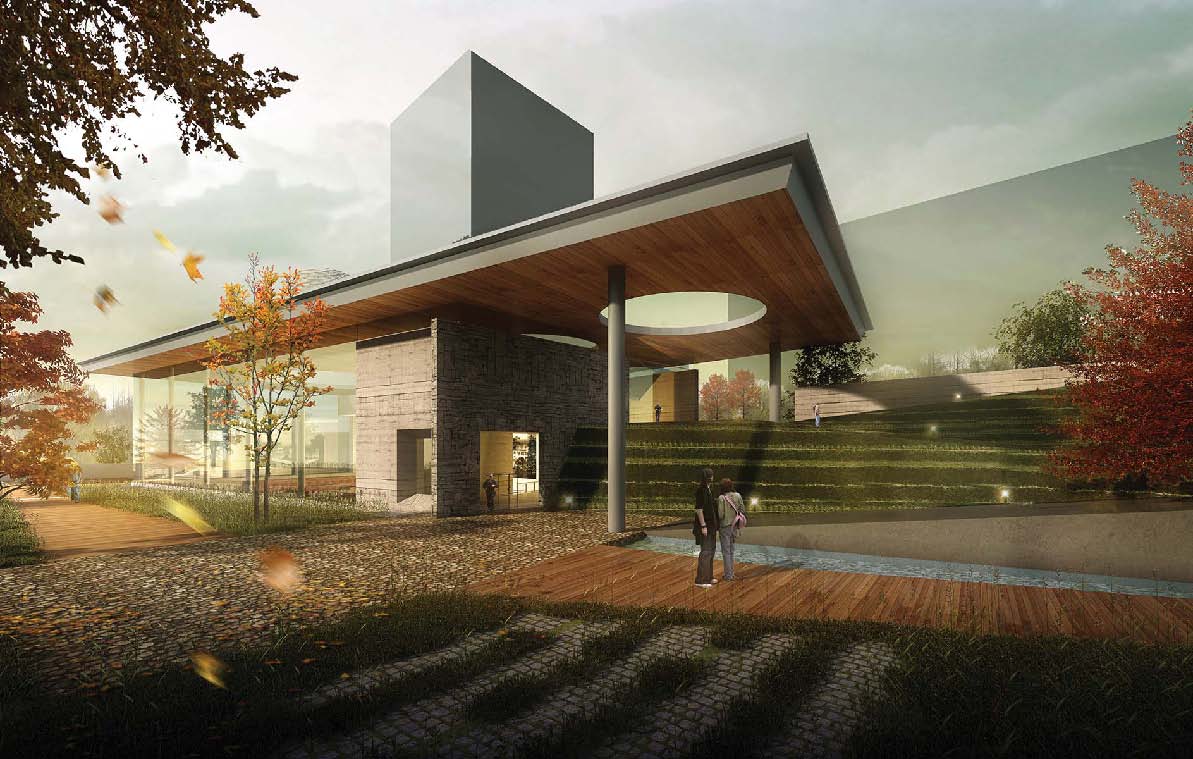 The mayor said money and the need for new investment is a driving force behind the project. He said the stadium would help expand the city's tax base.

When choosing a site to build a new stadium, he said he considered which site would create more jobs, pay for itself and could be ready for baseball in 2016.

"I said if Shockoe met those tests, there would be an additional test," he said. "Can we properly honor an area and teach people about a unique chapter in American history that has not yet been fully told?"

Shockoe Bottom, the neighborhood where the stadium would be built, was the East Coast hub of the slave trade - second only to New Orleans in terms of cities where slaves were sold.

"The answer to the question is that 'we can do this.' Shockoe is the right location," Mayor Jones said as many in the crowd cheered. Some booed.

Protesters could be heard throughout the 45-minute program. They shouted things like "no stadium on sacred ground."

At one point, early in the presentation, Mayor Jones addressed the protestors - telling them he'd give them their time if they gave him his time.

"It's not going to help the masses of people, it's going to make the millionaires a few more millions," Protestor Kwame Binta said.

"By developing Shockoe in an innovative and historically sensitive way, we'll be able to unlock two of the most valuable pieces of land on the East Coast and generate nearly $200 million in new net tax revenue," the mayor announced.

"When the city is making a decision about the people, the people need to be included in that because that's the victory of the people,” said slavery museum advocate Maat Free.”We've been fighting a long time for this museum and it needs to reflect what people want to see which is elevation and remembrance of our ancestors."

[READ MORE ON THE OPPOSITION TO THE PLAN]

The mayor then provided an answer to those who said money spent building the stadium and making improvements to Shockoe would be better spent improving city schools.

In addition to the ballpark, the mayor's plan also includes a 750-unit apartment building, a full-sized Kroger and a Hyatt hotel.

"The cost of the ballpark will be supported by the new development that will be built simultaneously with the ballpark. The new taxes generated by the development in Shockoe , plus ball park revenues and rent payments will cover virtually all the costs thus requiring little support from city taxpayers," Jones said.

"All of these economic development projects have been secured with letters of intent. These are not speculative projects," he added. " This is not a case of 'build it and hope they will come,' like we’ve seen before."

In addition to the private development, the mayor announced the city would support the plan to build a Slavery and Freedom Heritage Site to help honor the area's past. He said Steve Gannon, from Capital One, would "lead a community effort to raise at least $30 million to pay for the development."

"I’m looking most forward to this part of the project because this is an opportunity to come together as one community to build this center, not just with dollars -- though we will need plenty of those -- but with new energy, with new imagination, with new tools and concepts, with a larger sense of good will, and with the patience and determination to show that Richmond does things together," the mayor said. "Those that will learn here in the future -- our children -- charge us to give this our very best."

University of Richmond President and noted historian Ed Ayers addressed the fact that he'd make sure the mayor kept his promise to remember Shockoe's slave past.