UPDATE: The left lane is closed on westbound side of Rt. 360, according to VDOT. All other lanes and ramps have reopened.

HANOVER COUNTY, Va. (WTVR) – An overturned tractor trailer has closed the left lanes of Mechanicsville Turnpike (Rt. 360) east and west near I-295, according to the Virginia Department of Transportation.

Officials said crews will remove the tractor-trailer after rush hour, which will cause temporary closures of the westbound lanes and possibly the eastbound lanes.

Drivers are encouraged to avoid these areas and take an alternate route until the scene can be completely cleared. Further updates will be provided as they become available. 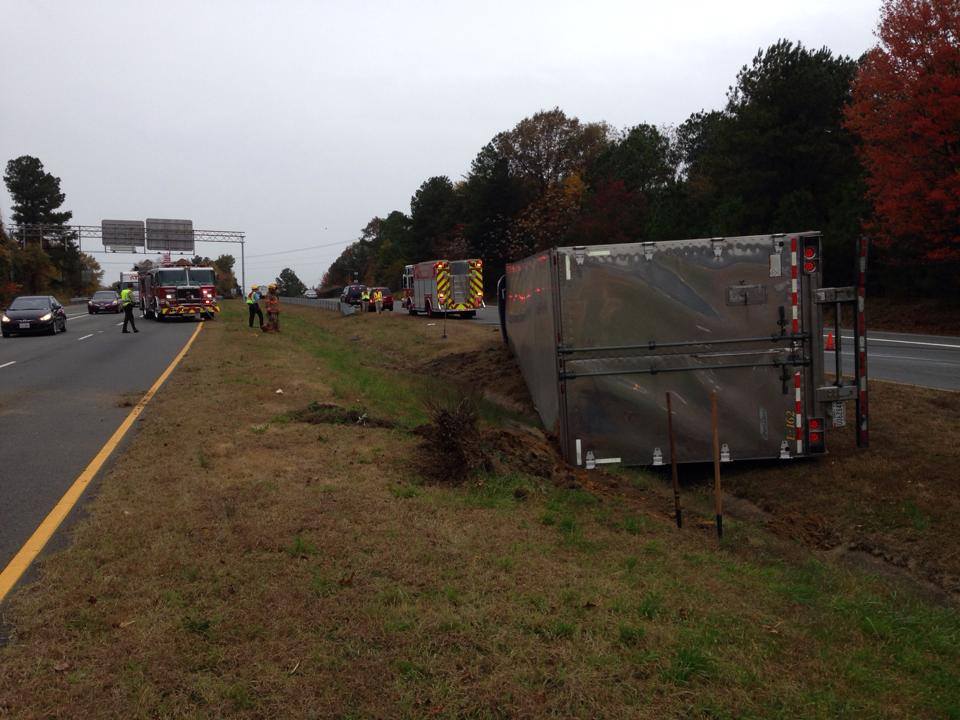 One person was taken to VCU Medical Center for treatment, according to an update on the Hanover Fire & EMS Facebook page.

VDOT said the lanes would remain closed to traffic while cleanup continued.