At least 8 dead after NC church bus wreck in Tenn.

(CNN) — A preliminary number of eight fatalities was reported in a three-vehicle accident on Interstate 40 in Jefferson County, Tennessee, the Tennessee Highway Patrol said. Fourteen injuries were reported.

A bus traveling east had a front-tire blowout. It crossed the grass median, clipped a vehicle and struck a tractor-trailer, officials said. 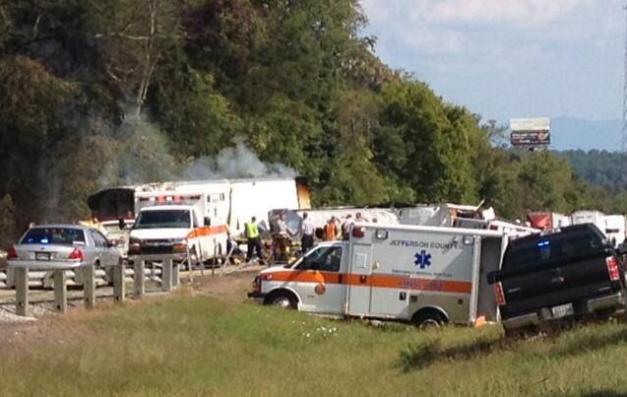 The bus was traveling east on I-40 and after a tire blew, crossed the median, striking the westbound tractor-trailer and the passenger car, Qualls said.

The tractor-trailer caught fire, and the bus overturned, she said. A photo from CNN affiliate WVLT showed smoke rising from the scene and debris along the highway.

I-40 was closed, and traffic was being rerouted, according to state transportation officials.