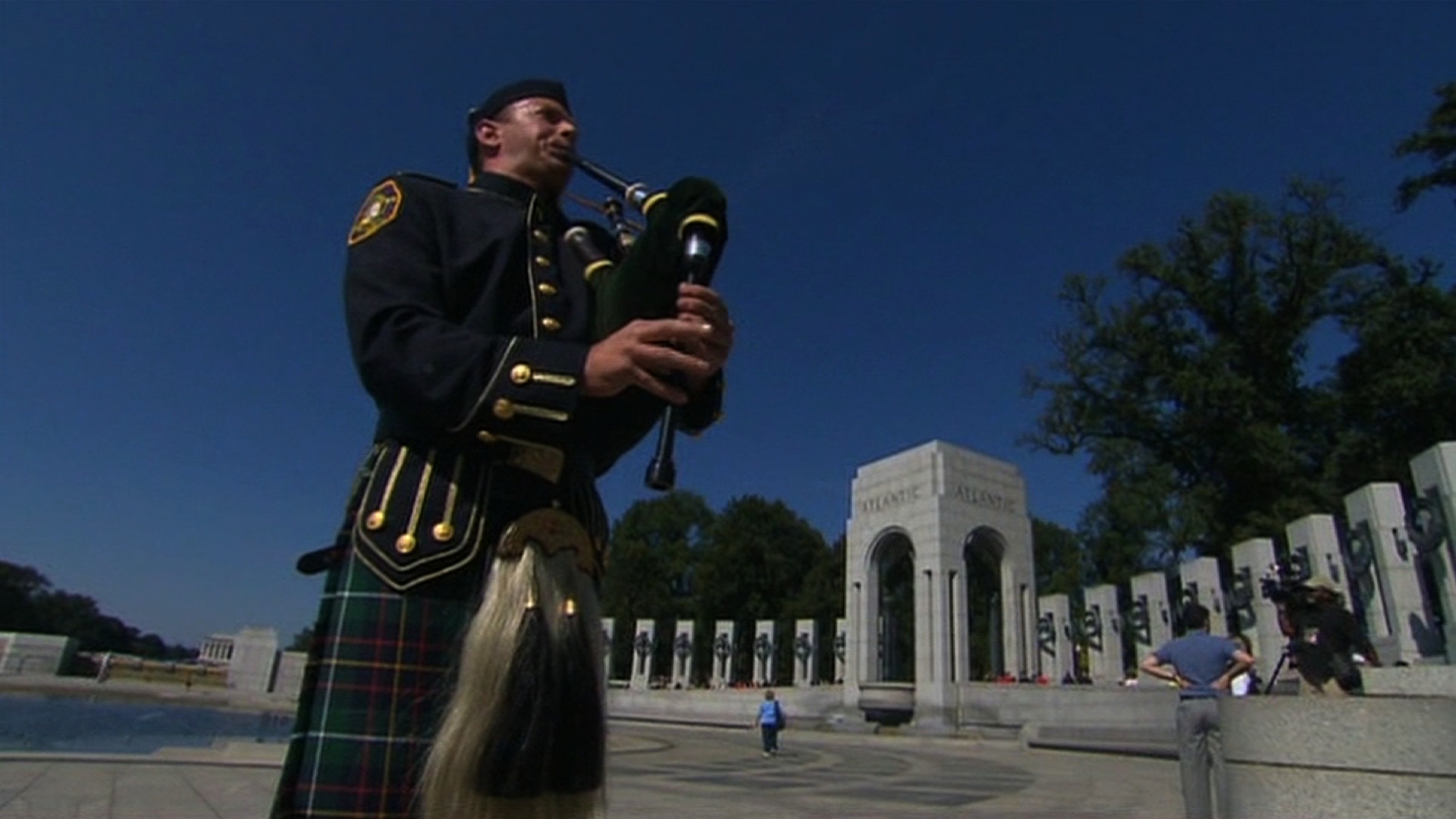 WASHINGTON (CNN) — Busloads of World War II veterans, many in wheelchairs, broke past a barricade Tuesday morning to cross into the World War II Memorial, as onlookers applauded and a man playing the bagpipes led the way.

Moments earlier, a few Republican members of Congress had removed a section of the black gates that surrounded the site, allowing a line of veterans to roll past security officers, who willingly stood aside.

Veteran Donald Quinn of Pascagoula, Mississippi, said he was pleased with his visit to the memorial, despite the initial blockade.

“I’m surprised to see so many people here and so many important people, but I’ve enjoyed it,” he said. “At first I didn’t think I’d come, but I’m glad I did.”

The National Park Service closed all of its parks, including national memorials, as a result of the federal government shutdown that went into effect at 12:01 a.m ET.

But a spokeswoman from the National Mall and Parks Service said efforts were no longer being made to hold anyone back.

“These are important visitors,” she told reporters, adding that they’re seeking guidance from the director’s office on “where we go next.”

“Obviously we did not want to do anything to mar the trip of these people,” she said, saying the visitors came from Mississippi and Iowa. “They’ve come here specifically to see the memorial that was built for them.”

Some Republican members of Congress and a Democratic senator were on site, blasting the federal government for fencing off the memorial. Outraged and baffled, Sen. Tom Harkin, D-Iowa, crossed through an opening in the railing earlier in the morning–before the breach–and got on the phone to try and reach the secretary of the Department of Interior.

“I don’t get it. I’m furious. I’m trying to get a hold of people,” he said, standing on the other side of the barricade and looking around for help. “But I can’t seem to get a hold of anybody.”

Harkin faulted Republicans for what he called their “nonsense” legislative push that led to the shutdown.

“Obviously I can walk here,” Harkin said, as he walked past the barrier. “Why can’t I walk there?” he added, pointing at the memorial located not far away.

A few House Republicans were also at the memorial to disparage the government for closing off the landmark on a day that veterans were set to arrive.

“We’ve got park service employees out here,” said Rep. Louie Gohmert of Texas, before the gates were opened. “Why wouldn’t you have them here to allow the veterans in, instead of stand and keep them from coming in?”

Rep. Michele Bachmann of Minnesota, wearing casual clothes, said she was out walking when she heard about the pile-up outside the memorial and decided to hustle over to the site.

“The last thing we should see in America is a barricade for World War II veterans to be prevented from coming to their memorial,” Bachmann said.

She vowed she and colleagues will be there “today, tomorrow, the next day, however long it takes” to keep the memorial open.

“America is not shutting down,” she said. “If we have anything to say about it, we’re going to keep this open.”

Rep. Steve King of Iowa argued this should be considered a “slow down,” not a “shutdown.”

“This isn’t Republicans vs. Democrats, this is about our veterans,” another member of Congress said.

Most of the veterans who arrived at the World War II Memorial came courtesy of nonprofit programs, including Honor Flight Network, that transport the aging men and women to Washington.

Johnson, the spokeswoman for the National Mall and Parks, said the memorial hosts Honor Flight visitors every day.

“We want to make sure that they have a good time and are enjoying the memorial, but legally, the National Mall and the memorial are closed,” she said.

Asked if she was off the clock and volunteering her time, Johnson replied: “Apparently so.”