NAIROBI, Kenya (CNN) -- Kenyan forces assaulted terrorists in Nairobi's Westgate Shopping Mall on Monday afternoon, killing two and claiming to take control of all floors of the building despite the continued presence of gunmen inside.

It was unclear if any hostages remained inside the building, but authorities expect the number to be "very, very minimal," if any remain, Interior Minister Joseph Ole Lenku said at a news briefing. Most had already been evacuated, he said Monday, the third day of the siege.

Scroll down to continue reading 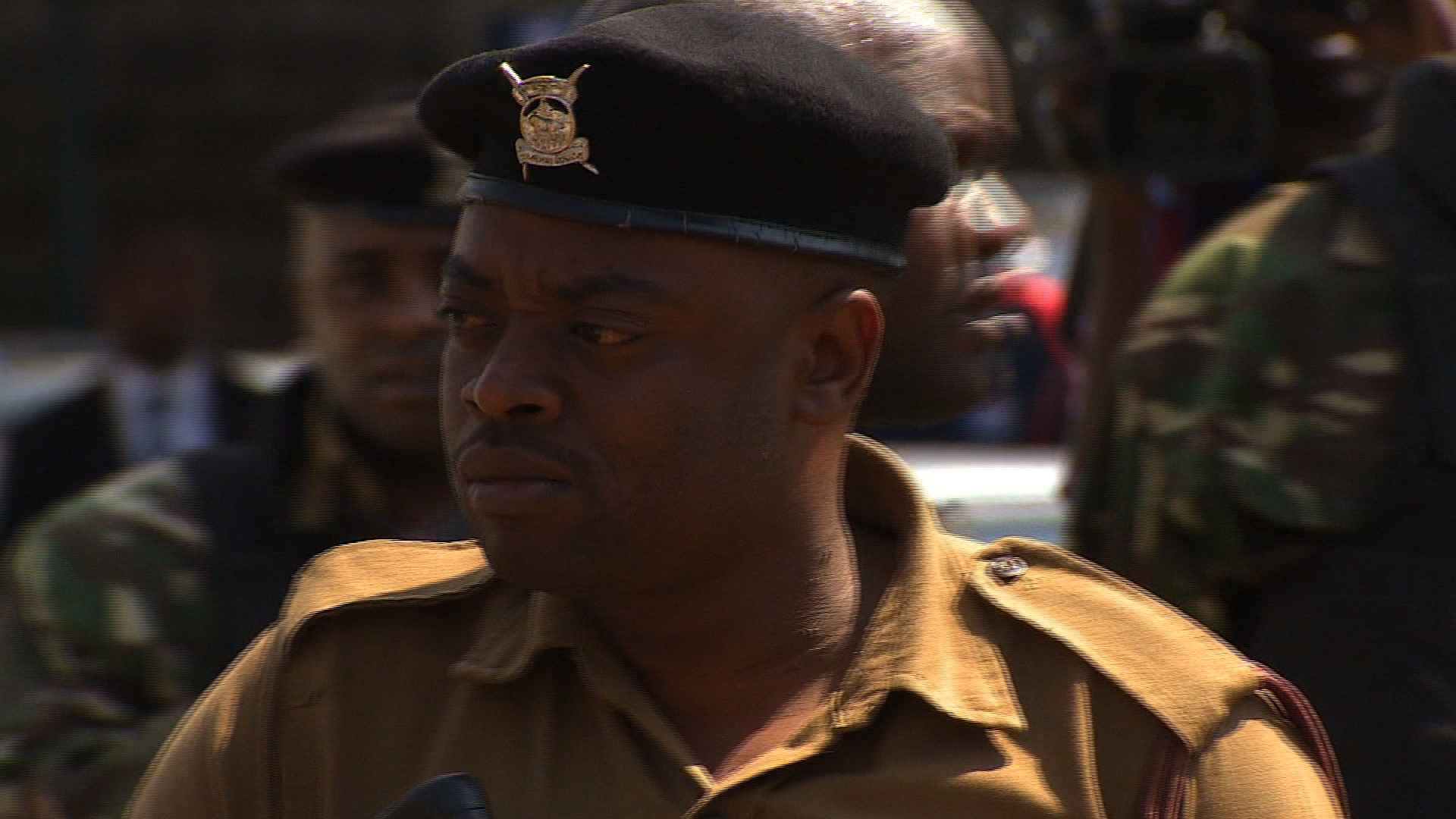 The Kenya Red Cross said that 62 people had died since the siege began Saturday. The agency had previously reported 69 deaths. Some bodies been counted twice, it said on Twitter.

Dark smoke seen rising from the building after Monday's assault began was from fires set by the gunmen to distract forces from the assault, Lenku said.

Terrorists appear to be on the run inside the mall, which Lenku said was sealed off to prevent their escape.

"We are in charge of the situation, our people are safe," he said.

Before the assault, Terrorists from the Somalia-based Al-Shabaab group were believed to have about 10 hostages on one level of the mall, security officials said.

An unspecified number of hostages then were freed overnight, the head of the Kenyan police force said.

Outside the security perimeter around the mall, volunteers waited Monday for their chance to go inside and recover bodies.

At a community center nearby, a distraught woman continued to seek information about her missing husband, a mall employee.

Sporadic gunfire continued into Monday morning, but it could not be determined if security forces or militants were firing at each other.

The FBI is looking into claims by Al-Shabaab of American citizens being involved the attack but have not confirmed the claims, law enforcement officials told CNN.

The attack began at midday Saturday, Nairobi time, with an estimated 10 to 15 gunmen. Two attackers were killed Saturday.

According to witnesses, the gunmen went from store to store shooting people and then took hostages.

Al-Shabaab has claimed that the attackers targeted non-Muslims and vowed they would not negotiate for the hostages' lives. CNN security analyst Peter Bergen said the terrorists apparently took hostages only to prolong the siege and win more media attention.

As Kenyan police and military tried to end the standoff in its third day, authorities elsewhere were collecting names and details and planning to track down those in Al-Shabaab behind the attack.

Most of the dead were said to be Kenyans.

A 33-year-old Dutch woman also was killed in the attack, said Friso Vijnen, a spokesman for consular affairs with the Dutch Ministry of Foreign Affairs. He did not provide any other details about her.

President John Mahama called the killing of Awoonor "such a sad twist of fate."

And the tragedy is personal for Kenya's president, Uhuru Kenyatta. He said one of his nephews and his nephew's fiancee were among the dead.

Kenyatta said more than 175 people were wounded. Five of those were Americans, the State Department said Sunday.

She said two of her local friends died in the attack.

Dang, who has worked for humanitarian organizations, now is the general manager for Eat Out Kenya.

She said she hoped Americans would not form negative opinions about Kenya.

"I'm very prideful for the country, and I love Kenyans," she said.

Three injured security forces also were seen taken out of the mall, but the severity of their injuries was unclear.

Before its Twitter account was suspended, Al-Shabaab issued a list of nine names it said were among the attackers. It said three were from the United States, two from Somalia and one each from Canada, Finland, Kenya and the United Kingdom.

A senior State Department official said that the United States was trying to determine whether any of the alleged attackers are American. While they are still working to verify the claims, authorities said they were becoming more confident that American citizens may be involved.

Federal officials and Somali-American leaders in Minneapolis have reported that Al-Shabaab has recruited young men there to go to Africa to fight.

While senior Kenyan intelligence sources told CNN on Monday that surveillance video from inside the mall appears to show a white woman taking part in the attack, Lenku told reporters that all of the attackers were men.

Some of the terrorists apparently dressed as women, he said.

The sources say that the woman is actively involved in the attacks and that they believe she is British.

The report came after earlier speculation that the Al-Shabaab-affiliated "White Widow," Samantha Lewthwaite, may have been involved in the attack.

Lewthwaite's husband, Germaine Lindsey, was one of the suicide bombers killed in the 2005 attack on London's transportation system. His Buckinghamshire-born widow is wanted by Kenyan authorities for her alleged role as an Al-Shabaab and al Qaeda-linked financier.

State House spokesman Manoah Esipisu earlier said that "nothing is being ruled out" when it comes to Lewthwaite's possible involvement.

"Typically these groups are misogynist," he said. "Their view is the woman should be in a home and shrouded in a body veil."

Kenyatta vowed Sunday to punish those responsible for the attacks.

"They shall not get away with their despicable, beastly acts. Like the cowardly perpetrators now cornered in the building, we will punish the masterminds swiftly and indeed very painfully," he said.

"Obviously, it's an enormous offense against everybody's sense of right and wrong," Kerry said. "It represents the seriousness and the breadth of the challenge we face with ruthless and completely reckless terrorists, and we're going to pursue them."

The mall siege was the deadliest terror attack in Kenya since al Qaeda blew up the U.S. Embassy there in 1998, killing 213 people.

Since Kenya launched attacks against Al-Shabaab in Somalia in 2011, the group has hurled grenades at Kenyan churches, bus stops and other public places.

Last year, the Kenyan military was part of a peacekeeping force that defeated Al-Shabaab forces to liberate the key Somali port of Kismayo.