WTKR in Norfolk reported state police stepped up patrols and commercial vehicle inspections across Hampton Roads Wednesday morning because of the threat.

Virginia State Police said in a news release that a bomb threat was called in around 7:50 a.m. However, the timeframe of the threat expired, according to the news release sent just after 1 p.m.

As a precaution, state police stepped up patrols and continued commercial vehicle inspections at the Hampton Roads Bridge Tunnel and the Monitor-Merrimac Memorial Bridge-Tunnel for much of Sept. 11.

VDOT said there was no threat to the Chesapeake Bay Bridge-Tunnel, but that increased patrols were also taking place.

State police said no incidents were reported in Hampton Roads after the threat. 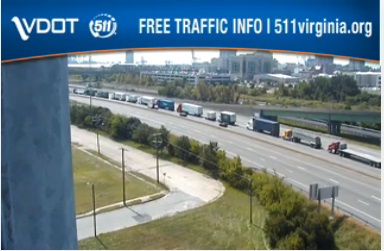