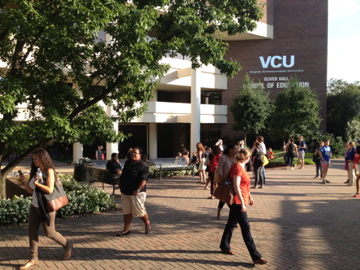 RICHMOND, Va. (WTVR)– Virginia Commonwealth University sent out a system wide alert to avoid the area near Oliver Hall and that VCU police were on scene.

The alert was sent out at  5:40 p.m. Wednesday, and in less than an hour the situation was cleared.

VCU Police received a report of a hazardous material situation in Oliver Hall, said Lt Hagaman with Richmond Fire Department. On scene they received information that there was a possible hazardous gas leak.

Lt. Hagaman said that further investigation determined that something may have leaked.

Oliver Hall and Temple Hall were evacuated as a precaution.

Traffic on Main Street was diverted and drivers were encouraged to  avoid the area.

Oliver Hall houses classrooms and administrative offices of the School of Education, its departments and programs. It is located at 1015 W. Main Street.