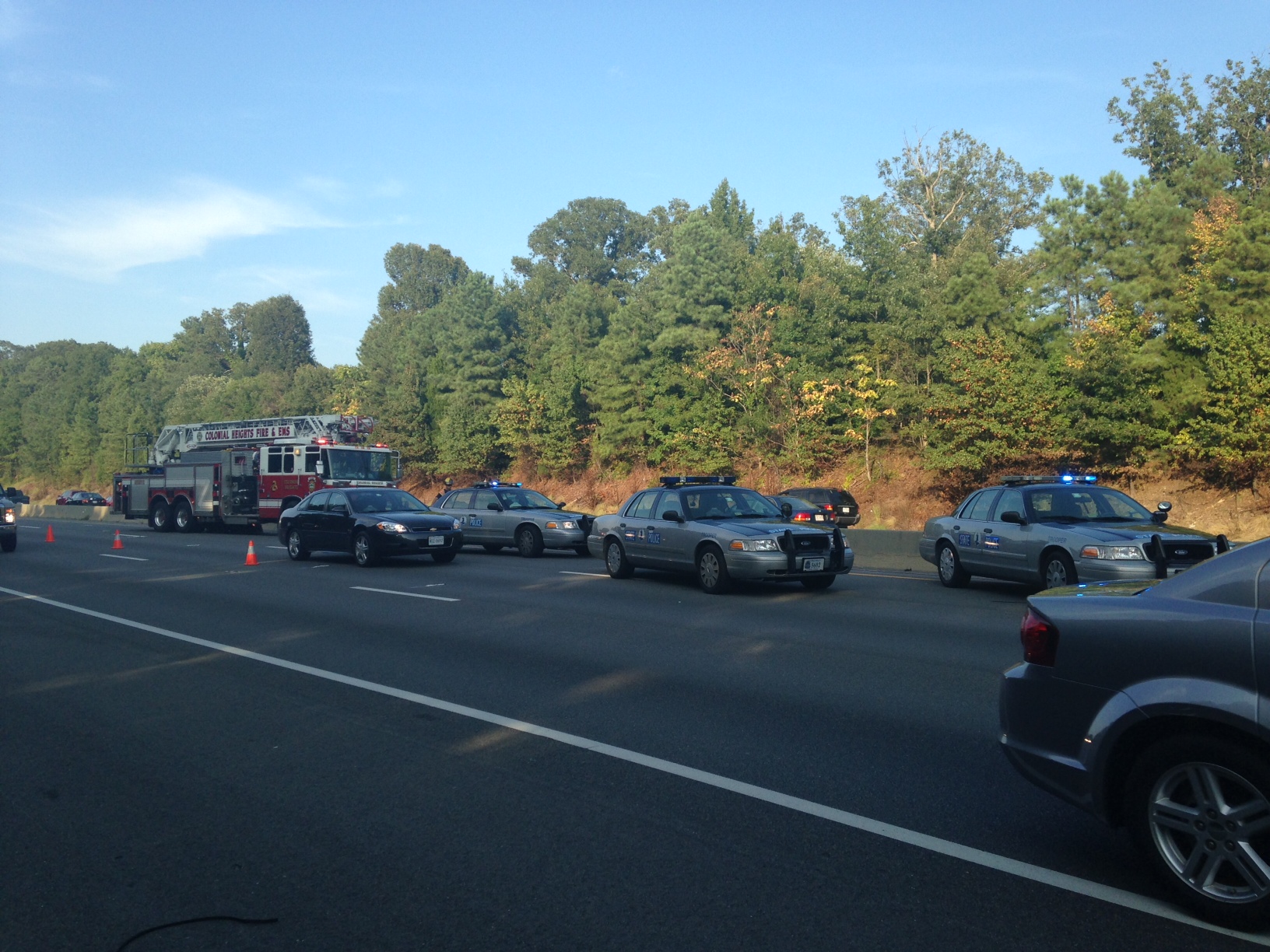 It happened near Ellerslie Ave. a little after 5:00 p.m. when a State Trooper attempted to pull over a motorcyclist.

Police said the driver of the motorcycle threw up his hands before fleeing the scene.

Multiple troopers chased the suspect for seven miles reaching speeds as high as 120 miles per hour.

The chase ended when the motorcycle struck the rear end of a trooper’s car causing it to crash.

The suspect fought troopers following the crash hitting an officer in the nose.  That officer is expected to recover.

The suspect sustained head injuries and was transported to VCU Medical Center.

Charges are pending and the investigation remains on going.